A teacher who was convicted and sentenced for indecent (sexual) assault against an eighth grader at a high school in Kingston is still working there, as no disciplinary action was ever taken against him by the school board. 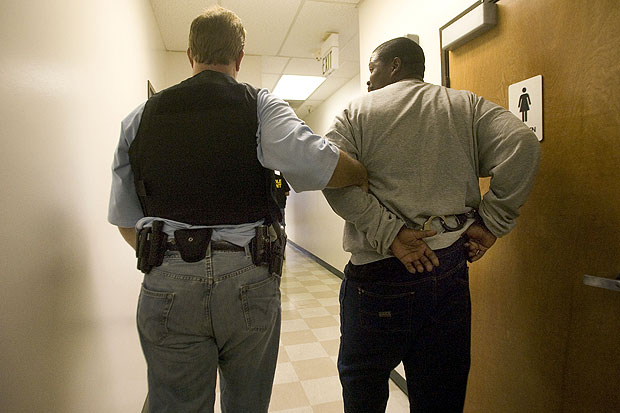 And, although the matter was reported to the Ministry of Education last September, that division of Government has also failed to act in a timely manner, even after being informed that the teacher had been found guilty of a sex crime against a minor in a court of law.

According to court records, Roger Hobbins was found guilty of indecent assault on the minor and was sentenced on January 19, 2012 to two years’ imprisonment suspended for three years in the Half-Way-Tree Resident Magistrate’s Court. The English teacher was also sentenced to do 360 hours of community service, specifically at a penal institution.

A Jamaica Observer investigation revealed that Hobbins was arrested on the school compound by the Centre for the Investigation of Sexual Offences and Child Abuse (CISOCA) in 2010, after the guidance counsellor reported to the police that he had fondled a female student on the school premises.

The traumatised child complained to her grandmother who made a formal report to the police and Hobbins was arrested.

The child has since been transferred to another school and the teacher later convicted.

A source, who spoke on condition of anonymity, said school regulations dictated that the matter should have been officially reported to the board for the teacher to have been either suspended or fired. However, the matter was never reported to his employers until recently.

According to the source, the delay in dealing with the matter has now resulted in Hobbins being in the coveted position of being virtually untouchable.

“The then principal was to have taken the matter to the board immediately after he was arrested for the personnel committee to apply sanctions as was set out in the Education Code,” the source said.

However, the matter never went to the board within the stipulated timeline and as such, Hobbins was never suspended.

“None of those steps were followed, which is why he is still there,” the source said. The source explained further that the personnel committee had the power to suspend or fire Hobbins even before he was found legally guilty, once they are satisfied the weight of the allegation justifies the punishment.

“But although the administration botched this, there can’t be any law to protect this man when he has been found guilty, because the greater concern must be for the children,” the source insisted.

The same source added that there are a lot of sexual predators in schools across the country who prey on the children they are entrusted to teach and guide.

Efforts by the Sunday Observer to contact the principal of the school were unsuccessful.

The Sunday Observer was received with hostility when contact was made with a member of the school board, who questioned what merit there was to the story.

“Why is that story even being done though… this is someone’s life you are talking about,” the board director said in defence of the teacher.

Pressed further as to the board’s position on Hobbins remaining at the school, the board member declined to comment further, saying that it is a legal matter. He would only say the case is now before the legal department in the Ministry of Education awaiting the advice of the attorney general.

President of the Parent Teachers’ Association (PTA) Reverend Patrick Jordan said he was aware of the situation only because of his position on the school board, as the issue was never communicated to the wider parent body.

Jordon confirmed that the teacher cannot be suspended or fired now because the due diligence was never done in the first place.

The PTA head said he is awaiting the final decision from the ministry level, at which time he will make a statement on the matter to the PTA.

The matter has also gone unreported to the Jamaica Teachers’ Association (JTA) for action to be taken against Hobbins, who has been at the school for 17 years.

General secretary of the JTA Dr Adolph Cameron told the Sunday Observer that anyone convicted of a criminal offence can no longer be a teacher.

It is the norm, he said, for the school board — which is a teacher’s employer — to take the necessary action.

“The school board is obligated to follow due process because while the ministry can advise of a process to be followed, it cannot take action against a teacher,” he said.

As for the JTA, he said, that body cannot act unless the matter has been officially reported to it. The JTA’s code of ethics, Cameron said, outlines how its members should treat such a situation as that involving Hobbins.

“Our committee initiates an action when a report has been formally communicated, at which time the disciplinary committee deals with it, with the ultimate action being withdrawal of membership,” he said.