A city Department of Education employee has been accused of sex abuse after a student accused him of making a sexual comment, police say.

Hany Abdalla, a 35-year-old paraprofessional at PS 84, was arrested Wednesday afternoon in Manhattan and charged with sex abuse and endangering the welfare of a child. It wasn’t known if he had an attorney.

Marge Feinberg, a DOE spokeswoman, said a student alleged Abdalla made a comment of a sexual nature. Police say the alleged incident happened on school grounds. 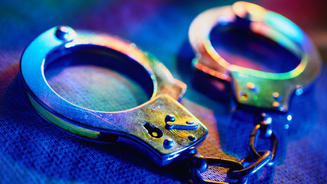 Feinberg said Abdalla, who has been a teacher’s aide at the Upper West Side school since 2007, has been suspended without pay and reassigned pending the outcome of the investigation.

Abdalla had passed a background check when he was hired and has no prior investigations on his record, according to the DOE.

“It’s always viscerally upsetting when you think about the safety of children,” said Stewart Osha, a parent.

Abdalla’s arrest marks the latest in a string of sexual allegations involving teachers and their students.

Earlier this month, a Queens teacher’s aide was charged with multiple counts of sex abuse, forcible touching and other charges for allegedly improperly touching young girls at his school.

Four teachers were arrested on similar charges in February. A substitute teacher at Bronx Career and College Prep High School, was arrested Feb. 13 and charged with forcible touching and endangering the welfare of a child.

Three days later, a 49-year-old computer teacher at PS 174 in Rego Park was arrested on allegations he sexually abused two young boys at the school.