When Wood County Circuit Court Judge Todd Wolf sentences him June 11, Vesper resident Paul A. Peterson, who resigned his position as technology education teacher at Stevens Point Area Senior High, faces up to 80 years in prison for repeated sexual assault of a child and a related charge. A charge of exposing genitals to a child was dismissed.

According to the criminal complaint, Peterson began having sexual contact with a Wood County girl, younger than 16, about three or four weeks after his wife’s death in November 2010. Since that time, the incidents increased in frequency to once or twice a week, most recently in mid-September. 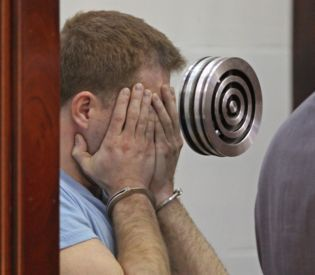 Peterson’s attorney, Gary Kryshak, said it didn’t make much difference because Peterson hasn’t been able to post the $250,000 cash bond.