Acting on media reports of a teacher torturing Mohammad Awais, a student of grade 5, at the Government Middle School in Chak 88-10/R, DCO Khanewal Nadeem Mahboob on Saturday suspended the teacher and the school principal from service and instructed Khanewal EDO (Education) Ejaz Ahmad to conduct an inquiry into the matter.

Mohammad Awais told The Express Tribune that he was standing on a desk when his teacher, Qaiser, entered the class. He said the teacher beat him brutally with a stick. 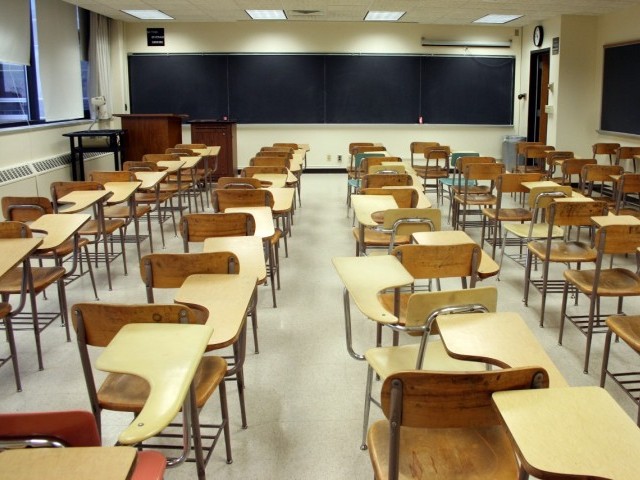 His father Rana Muhammad Afzal said, “My son was beaten 30-35 times with a stick.”

He said that when he went to complain to the school headmaster Iqbal Nadeem he was abused nd thrown out of school.

Awais was taken to Khanewal DHQ hospital where doctors said he had suffered two fractures in the right hand.

In another incident, a student of class four was beaten at Dar-e-Arqam Model High School in Sadiqabad in Rahim Yar Khan district.

Ahmad Anwar told The Express Tribune that the school principal entered the class after hearing him talk to his class teacher. He said the principal beat him brutally for raising his voice.

His father said that he jad talem Ahmad to a private hospital where doctors had recommended two weeks of bed rest. “The are bruises all over his body,” he said.