A former math teacher at Riverdale Country Schoolin the Bronx was arrested Monday on charges of engaging in sexual conduct with a teenage student.

The former teacher, Richard Hovan, 30, surrendered to the authorities in the morning and pleaded not guilty to charges that he had oral sex with the girl, once in April 2011 and again in May 2011, and endangered the welfare of a child. He was released on $25,000 bond. 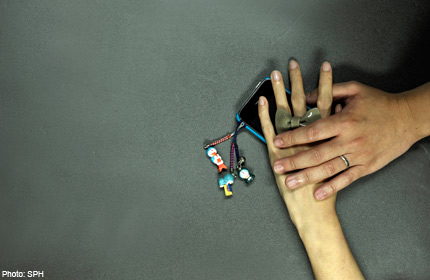 In a letter e-mailed to Riverdale parents on Monday morning, Dominic A. A. Randolph, the head of school, called the event “troubling” and told them that the private school reported Mr. Hovan to the authorities last year and fired him in June 2011.

The authorities said Mr. Hovan initiated a relationship with one of his students in December 2010, when the girl was 15, according to a spokeswoman for the Manhattan district attorney’s office. He communicated with her by text message and phone before starting an “intimate” relationship when she was 16, the spokeswoman said.

The sexual encounters took place in an apartment that Mr. Hovan owns in Chelsea, the authorities said.

Vinoo Varghese, Mr. Hovan’s lawyer, said his client, who now lives in Brooklyn and works as a private tutor, had no prior arrest record, was innocent and looked forward to clearing his name.

Mr. Hovan’s arrest came at a time of heightened concern about improper sexual conduct in local schools. In recent months, a string of city public school workers have been charged with sexual offenses against students.  In a statement released Monday night, Mr. Randolph said the school was “deeply saddened” by what had happened and had taken steps to address the situation and protect the student.

In his letter to parents, Mr. Randolph said the school became aware last May of allegations of an “inappropriate relationship with a Riverdale Upper School student.” After conducting a preliminary investigation, Riverdale suspended Mr. Hovan.

Riverdale reported the allegations against Mr. Hovan to the Manhattan district attorney’s office. Based on information from authorities, Riverdale fired Mr. Hovan in June 2011, according to the letter. Mr. Randolph said in his letter that the school had taken measures to check Mr. Hovan’s past.

“Our review has found that prior to hiring this teacher, we received a clean background check on him and that senior Riverdale administrators made at least five reference checks to administrators at the teacher’s prior schools where we were told that he worked in good standing for several years,” the letter said.

Mr. Hovan, who was at Riverdale Country Day for less than a year, received a bachelor’s degree in math and finance and management at the Massachusetts Institute of Technology. He got a master’s degree in mathematics education at Teachers College at Columbia University.

Before being hired at the Riverdale school, he taught at the Buckley School, a prestigious Manhattan private school. A letter from the head of that school dated May 2010 said he was a homeroom teacher, he taught math and physics, and he would take his passion for calculus to Riverdale.