Foothill High School students and parents say they are in shock and angry after learning a teacher there allegedly molested a child.

Foothill’s band director, 34-year-old Luke Youngs, was arrested last week on two charges related to having an inappropriate relationship with a girl who is now 12 years old.

The girl is not a student at the high school, and the alleged misconduct did not take place on Foothill’s campus, according to Kern High School District Spokesperson John Teves.  But, the arrest still has parents and students wondering who they can trust. 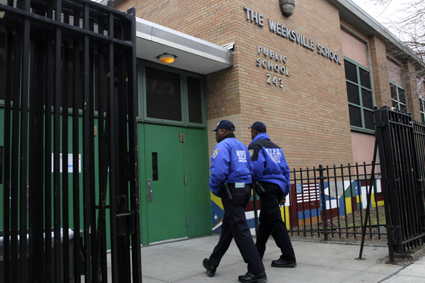 “I couldn’t believe it when I heard it,” said Kazzandra Castaneda, a current Foothill student.  “I was like, ‘No, not that teacher.  He wouldn’t do that.’”

Youngs has been the band director at Foothill High School since 2008.  That’s close to the time he allegedly began touching a young girl, who was only nine at the time.

According to police records, the girl says Youngs touched her at least seven times over a three-year period.

17 News spoke with a former member of the school’s color guard, who says she is very familiar with Youngs.  But, she never expected this.

“He didn’t come off that way.  He came off nice, and that’s what completely shocked me,” said Jazmin Castaneda.

While many expressed surprise, there was also a feeling of anger around the campus on Friday.

“Angry, yeah.  I was just angry when I heard the news,” said Cazzandra Castaneda, mother of Kazzandra and Jazmin.  “It’s just anger as a parent.”

“I feel really kind of angry because the students are being betrayed,” said Jazmin. “They’re hiring teachers knowing their background.”

In this case, the district says Youngs had a clean background.  According to Teves, they did a thorough background check on Youngs prior to his hiring in 2008.  He says they do a check for all employees hired by KHSD.

“We do an FBI and a Department of Justice background check.  We do a fingerprint check.  It’s run nationwide.  In this case, it didn’t turn up anything,” said Teves.