A former teacher accused of using fraudulent information to become employed as a teacher and color guard instructor at three local Wichita Falls schools — and who was employed briefly at a fourth in Oklahoma — could have been exposed earlier if someone — anyone — had fingerprinted him, according to Tom Vinger, media spokesperson for the Department of Public Safety.

The cheaper, name-based DPS background check that many schools depend on is not enough, he said.

In 2003, Senate Bill 9 began requiring fingerprint background checks on all teachers, but Michael Deshun Christian — who is currently sitting in the Wichita Falls jail annex charged with theft of $22,695 in five separate incidents — worked as a teacher and was not required to be fingerprinting because of a loophole in the law that does not require it for contract employees in the public schools. 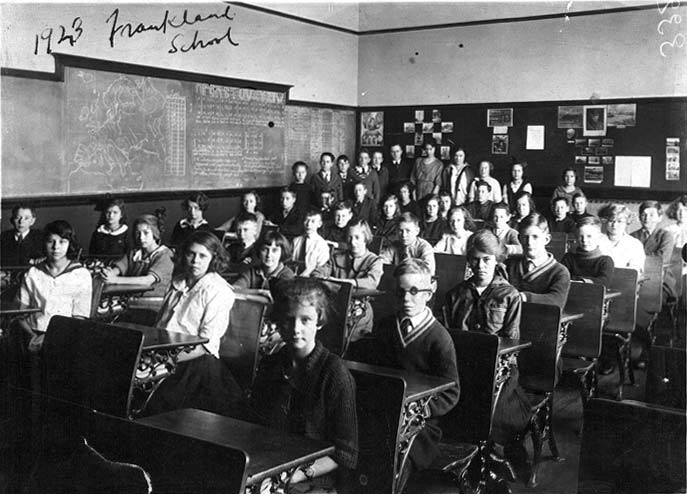 For Texas Education Agency purposes, Bright Ideas Charter School classified Christian as a noncertified employee; however, under Senate Bill 9, he was required by law to be fingerprinted, but apparently never was.

Midwestern State University, which also hired Christian as a color guard director to choreograph dance routines, is not legally required to do any kind of background check on any of its employees.

Court affidavits claim while Christian was simultaneously employed with MSU, Bright Ideas and Rider High School, he also was faxing purchase orders for band merchandise to out-of-state companies and having the orders shipped to his home address, claiming that it was the location of Hamilton School. The orders were shipped but never paid for, creating the $22,695 theft charge.

According to officials at local schools, two name-based DPS background checks were done on Christian.

Bright Ideas Charter School Principal Lynda Plummer did one, then hired him as a reading, history and dance teacher and as the testing coordinator when the checks came back clean.

The WFISD Human Resources Department directed by Debbie Osborn did another, then hired him to teach a daily seventh-period class to the Rider High School band’s color guard team.

However, both WFISD and Bright Ideas officials say they unknowingly provided false information — an incorrect birth date — for the background check that was given to them by Christian and passed along to the DPS.

A DPS name-based background check is only as accurate as the information provided, said DPS spokesman Tom Vinger.

That’s precisely why the law was changed in 2003 to require the more thorough fingerprint background check, Vinger said.

Also, a name-based check is limited in scope, scouring only Texas-based criminal data, Vinger said. It will not flag offenses committed elsewhere, such as, in Christian’s case, various criminal charges in Maryland (stolen motor vehicle, 2003; fugitive from justice, 2003) and Minnesota (check theft 2006).

But a fingerprint background check, which is more costly but culls data nationwide, is foolproof.

According to WFISD’s Osborn, no legal reason prevented her from performing a fingerprint background check on Christian.

WFISD doesn’t fingerprint someone who would be classified as a contracted services vendor. WFISD was not even required to file documents with TEA about his hire — as would be required if he had been a part-time or full-time certified staff member, she said.

“As a contracted services vendor, the color guard choreographer position does not require a degree or certification,” Osborn wrote in a statement.

Christian was required to complete an application in response to a quote by the district for “Services for Clinician and Instructional Services for Fine Arts,” she wrote. “When interviewed by Rider band staff, he provided a resume that included past experience working with marching bands.”

MSU’s band director Larry Archambo told the Times Record News he was relying on the fact that Christian was already employed by Bright Ideas when he recommended him to Loy Studer, Rider’s band director.

Archambo figured Christian must have passed a DPS background check to teach there.

Christian concealed his criminal record from Bright Ideas Principal Lynda Plummer, she said, but also claimed to have a teaching degree and a broad professional dance background.

At Bright Ideas Charter School, as at all charter schools, teachers are not required to have more than a high school diploma, according to the Texas Education Code Sec. 12.129, but a school can request additional qualifications.

Plummer hired Christian off a resume that listed no specifics of formal training in anything but only a claim that he was a “certified elementary school teacher (K-6),” describing himself as dedicated with a “proven track record,” that was listed as an internship and teaching experience at “the Learning Tree Christian School” in Fargo, N.D.

The Times Record News found no evidence that such a school exists in Fargo or anywhere else.

Plummer notes on the resume that Christian told her he was a professional dancer in two productions but hurt his knee and went into teaching. He claimed to have a minor in special education, but no colleges were listed on the resume.

On the Bright Ideas website, Christian was listed as “a professional dancer and danced with companies throughout the U.S. and Europe.”

According to TEA’s Culbertson, Bright Ideas reported Christian as a noncertified employee in 2011.

Under Senate Bill 9, that would require that he be fingerprinted, but TEA has no records that he ever was, Culbertson said.

She said TEA also has no records of any teaching certifications for Christian. “He’s not certified. We know that for sure now,” Culbertson said.

At TRN’s first inquiry about the name Michael Deshun Christian, Culbertson quickly pulled up information on a certified individual named Michael D. Christian. “This (teaching) status is valid if this is the same person,” she said then.

Later, she disqualified the individual as a different person.

In the summer of 2010, Christian also was hired briefly by Jenks High School in Jenks, Oklahoma, and introduced to parents as the color guard director with photos and a biography in the summer newsletter.

He claimed formal dance at Urban Dance Studios in Dallas and membership in several dance programs in North Dakota and Miami, with consecutive wins in various competitions.

However, after working for two weeks with the girls there, he left abruptly, said Lai Ann Simmons, past president of the Jenks High School band booster club.

“About the time school starts, he says he’s quitting. He mailed his keys in,” Simmons said. “It was very, very weird the way he left.”

Still, he did a good job while he was there. “The girls really liked him,” she said.