Another High School Coach Charged With Sexual Contact With Students

Another high school coach in Eastern Carolina is accused of having improper contact with students. It’s the second one since Wednesday.

The 28-year-old Williams is charged with three counts of indecent liberties with a student. Williams was given a $3,000 bond and has a May 2nd court date. 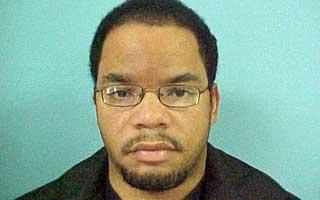 Keith Hoggard, a spokesman for the school district says allegations of misconduct surfaced in January and says Williams was immediately fired.

Hoggard says Williams started volunteering in the fall of last year as a junior varsity basketball coach at the high school. Williams was also a substitute teacher at Southeast High School for a short time, according to the school system.

The school system spokesman says they perofrmed a background check on Williams prior to him volunteering and his employment, and that it came back clean.

On Wednesday, a football coach at Jones Senior High School was charged with soliciting a child by computer, indecent liberties with a student, and contributing to the delinquency of juvenile. Authorities say Vaughn Chance of Trenton was having inappropriate relations with three female students.