A former A&M Consolidated Middle School teacher is sentenced to probation and community service after being found guilty of official oppression in San Antonio.

Charles Hamilton was sentenced Friday in Bexar County on the misdemeanor charge.

He was convicted of assaulting inmate James Salazar when he was a supervisor at a state jail in San Antonio and roughed up Salazar who had to have stitches on his lips. 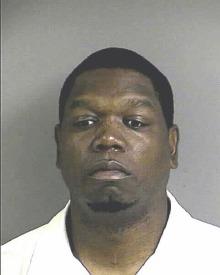 Hamilton resigned from his position at A&M Consolidated Middle School as the criminal justice and careers teacher on March 23rd. He was arrested for the crime after he’d joined the school district where officials say he’d cleared a DPS background check.

Prosecutors had asked for jail time but he was given a $500 fine, one year probation, 160 hours community service and will have to take an anger management class.