Months of discussions have yielded legislation that would ensure that newly hired public school employees have had a background check completed before they enter a classroom.

House Bill 292 was introduced today in response to concerns about employees potentially being conditionally hired and around students before a required criminal background check is completed. There have been reports in other states about teachers hired without background checks, only for the school to later learn that the teacher had a criminal history that would disqualify them from being in a classroom. 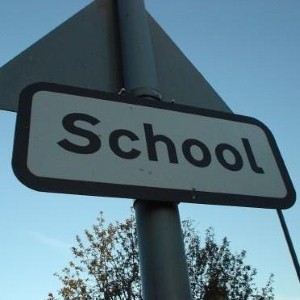 Rep. Brad Bennett, D-Dover South, worked with fellow legislators, the Department of Education, State Bureau of Identification and the Delaware Association of School Administrators to craft the bill. The proposal follows concerns raised by local school officials about the possibility that a teacher or other employee could be hired and around students when their criminal history would forbid it.

“Parents should be confident that when their children enter a school, the teachers and employees have been fully vetted through a background check,” Bennett said. “While there isn’t anything to suggest that there are such problems at Delaware public schools, this bill addresses the concerns that have been raised and should give everyone peace of mind.”

Under HB 292, schools would be required to perform a background check on a new public school hire before that person begins employment. The background check would be initiated when a person interviews for a position. The bill allows for a person to be conditionally hired in an emergency situation with written approval from the school district superintendent or the secretary of the state Department of Education.

Capital School Board member Brian Lewis said he became aware of the issue last fall and contacted Bennett for help.

“I am pleased that something is finally getting accomplished on this issue,” he said. “It was a great experience working with Rep. Bennett to get a piece of legislation introduced for our children’s safety. It is a very important piece of legislation that should give some comfort to all those parents who have children in the school districts, including Capital School District.”

Bennett noted that Senate Bill 16, passed and signed into law last year, also helps address the issue of teachers being hired and placed in a classroom before a background check is completed. SB 16 allows schools to hire teachers earlier by requiring that the state Department of Education issue an estimated student count by April 15 and guaranteeing that school districts would get 98 percent of the state teacher hiring money that’s available to them based on that estimate.

“Between hiring teachers earlier than in previous years and requiring them to submit fingerprints prior to their interview, we will virtually wipe out instances of teachers being in a classroom before a background check is completed,” he said.