Sexual Predator Teachers: Are We Protecting the Children or the Criminals?

Recent headlines have been filled with news regarding the arrests of teachers for the alleged sexual abuse of children.  For example, football coach Jerry Sandusky of Penn State dominated these sensational stories late last year beginning with reports of a co-worker who saw Sandusky rape a 10 year-old boy.  Since the original allegations were made, others have come forward with similar accusations.  Sandusky is currently awaiting trial on fifty-two counts relating to the sexual abuse of twelve children.

Here in California, two teachers from Miramonte Elementary School in Los Angeles recently were arrested in separate cases.  Police allege that Mark Berndt, 61, had sexually abused as many as twenty-three children during his thirty-two year career.  According to published reports, complaints about inappropriate sexual contact between Berndt and elementary school children date back as far as 1990.  It was unclear what actions the school district may have taken during that period, but Berndt was not arrested based on student allegations until recently.

Martin Springer of Miramonte Elementary was arrested on Friday, February 3, 2012, for allegedly fondling a 7 year-old girl.  The police statement announcing the arrest suggested there were two victims, but more specifics were not given.  Springer and Berndt worked together and were involved in school functions and recently it was alleged that at least one of the victims was shared in 2008.  The shared victim, a young girl, reported separate incidents to her parents who notified police; however, the parents never heard back from authorities and the parents took no further action.

Neng Yang recently pled “not guilty” to forty-five counts of child molestation and recording the abuse while he served as a teacher at an elementary school in Clovis, California.  The Fresno County District Attorney’s Office charges that Yang sexually assaulted a seven year-old girl and photographed the acts on his cell phone.  Yang has also been charged in Federal Court for producing child pornography.

Recently I was asked by a NBC News affiliate if child molestation by teachers was on the rise, and I responded with a sound-bite: probably not, but reporting the crimes was substantially up.  Whereas this is true, the real answer is much more complicated than that.  To begin with, no one really has any idea how much child sexual abuse is going on. 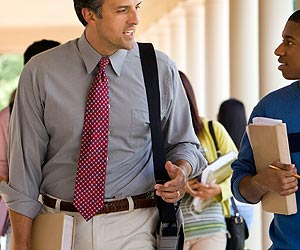 The FBI’s annual Uniform Crime Report is limited by what the states’ Attorneys General reports to them.  The states’ Attorneys General data is limited by what the local and state police tell them is reported on the official record.  You can see the actual number of crimes dwindling already.  There are also cases that never make it to the courts for “insufficient evidence” but for the victims’ statements and those crimes never reported to the police by the parents or school.  Remember that we as a society have “hushed-up” past crimes such as these to avoid scandal.  In handling past offenders, a sex predator teacher might be dismissed quietly and, thereafter, teach at another school to molest children again.  With none paying attention to the crimes, they go unnoticed, unreported, and ignored; thus, the child molester will strike again.  And that truly is a tragedy.

To make matters worse, the National Crime Victimization Survey conducted by the Bureau of Justice Statistics (US Department of Justice), is a massive undertaking to determine anonymously how much crime really occurs in the United States, reported and not.  However, the NCVS does not collect information from anyone who is a crime victim under the age of twelve.  Therefore, incredibly, child sexual abuse is largely unaccounted for in US crime statistics and the offense is ignored by those responsible for crime accounting in America.

The problem as I see it is this: no one is really listening to the children.  Even if they do what they should and tell their parents about abuse, do the parents report it to the police?  Are the police and the courts handling the matter responsibly?  Not always, is the unsettling answer to both questions.  And what of the school districts?  It may be telling that the complaints against one of the Miramonte defendants go back at least two decades and nothing effective was done by the school district to stop the abuse.   At this writing, at least one law suit has been filed charging as much.  As for the federal government, the NCVS is not interested in child sexual abuse victims and it hasn’t been interested since its inception.  Thus, the crimes committed by child molesters do not exist in the eyes of our own government.

In the end, if one truly wants to ferret out child sexual abuse by teachers, perhaps it’s best to begin by starting at home and having a chat with those under your own roof.