Statistics from the Arizona Board of Education show that the number of educators losing their teaching certificates over allegations of sexual misconduct are up from five years ago. 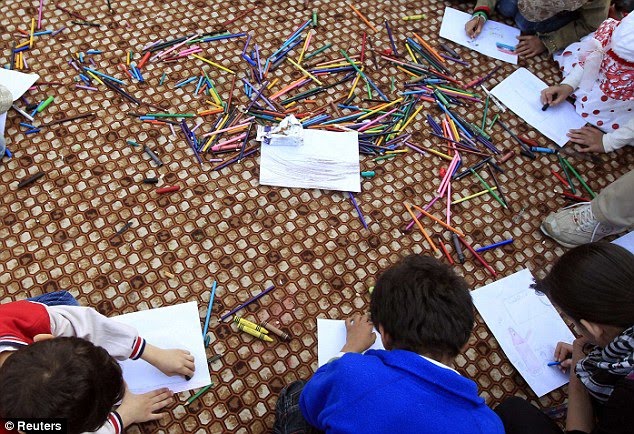 Not arguing with the numbers, Vince Yanez, executive director of the state education board, told the Tribune on Tuesday that he had not noticed an increase in educator sexual misconduct.

He added that the majority of reports of teacher wrongdoing that reach the state board result in no disciplinary action.

Such could end up being the case involving Richard Moreno, a former athletic trainer at Chandler’s Basha High School, who resigned his job on Dec. 23 amid allegations of inappropriately touching a 16-year-old girl. Moreno was never charged with any crimes because there was “no reasonable likelihood of getting a conviction,” according to Jerry Cobb, spokesman for the Maricopa County Attorney’s Office. However, Moreno could still be disciplined by the state board, according to Charles Easaw, who oversees the board’s investigative unit.

Since November, at least two East Valley teachers — Moreno and Andrew Islas, a part-time band instructor at Tempe High School — have been arrested on allegations of sexual misconduct. Islas, who was charged with two counts of sexual misconduct with a minor, recently pleaded not guilty in Maricopa County Superior Court.

Throughout Arizona, IT departments at school districts have put filters on computers blocking access to inappropriate websites, and are alerted when there is an attempt to access such sites.

Even if a teacher calls up an email or is “spammed” with pornography in their email, Yanez said that school districts have the discretion in whether to report such incidents to the state.

“We have seen cases where teachers have received things in their email through no fault of their own, but if they’re looking at it for lengths of time, purposely accessing it or distributing it, that’s clearly something that shouldn’t be done in our classrooms, and we look at that in the reports sent to us,” Yanez said. “If such an allegation against a teacher is something that is of unprofessional conduct and can result in their termination, then it should be reported to us.”

Although the number is up, school officials contacted by the Tribune all agreed: The reporting system the state now has in place for such behavior has improved. Educator sexual misconduct and physical abuse against students are the quickest reasons why a teacher can lose certification in Arizona, and are actions that can ultimately land them in a national database that only state boards of education have access to as part of the application review process in the event they try to get a job in another state.

About eight years ago, school districts were already required to report allegations of unprofessional conduct to the state education board. But Arizona law was later expanded to also require them to report sexual misconduct against schoolchildren to Child Protective Services and law enforcement.

In the East Valley, the Chandler and Higley unified districts each have four former teachers currently under investigation by the state.

“The system is better,” said Terry Locke, a spokesman for the Chandler Unified School District. “Before, when you were checking into the background of a teacher, you had to write a letter, but now, all you have to do is access a database, type in their certification number and it should say whether they are under investigation or have been disciplined for any inappropriate behavior. We don’t need that kind of activity going on in our schools, and when we see it, we don’t take any chances. ”

In the Higley district, officials are more vigilant and say they “dig deeper” in reviewing one’s background before allowing anyone to work at Higley schools. All educators are required to undergo a fingerprint check with the state Department of Public Safety, a criminal background check that goes back seven years. But for about the last two years, Higley has also used a universal criminal background check for all potential employees that goes back to when someone first committed any offenses, including as a juvenile. Higley also asks applicants questions relating to their character and core values, according to Justin Greene, the district’s director of systems services.

“Sexual misconduct in our schools is a very serious issue, and anyone who makes light of it likely does not have the interest of the students at heart,” Greene said. “Whenever complaints or evidence comes forward that any school employee is in violation of the state’s professional or immoral clause, it is dealt with swiftly.”

Greene added, “We would expect that all districts are in line with the way we conduct our background checks. We want to hire the best and we want to make sure that the person who comes before us is the person we want to put in front of the children.”