The Islamic university where girls were raped

Today a news article in Dawn revealed the shocking case of female students and staff members forced to offer sexual favours in return for grades and demands of their immediate superiors.

I do not believe that this news is “shocking” because such cases are a rarity. In fact I believe that such cases probably proliferate throughout educational institutions, or indeed in any institution where men are in a position to extract sexual favours. This case is shocking because of the International Islamic University Islamabad’s indifference to these cases and its efforts to cover it up. Further, they have tried to justify their actions by claiming that they hushed up these allegations to protect the parents of female students and the reputation of the institution. 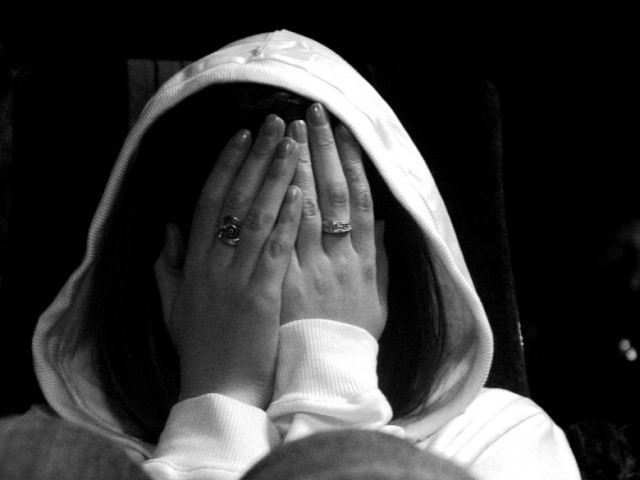 So what exactly has happened?

The report claims that a Professor of Economics traded grades for sexual favours, and threatened female students with failing grades if they did not consent to his demands. Such behaviour is coercive, and as some people on Facebook and Twitter are arguing not consensual sex, instead this is rape by any standard or definition. For a teacher, in his position to exploit his ability to pass or fail students to gain favours is morally and ethically corrupt.

The report further claims that a librarian was forced to resign for allegedly harassing his assistant. The offending Economics professor left IIUI and is now employed at the National Agriculture Research Centre.

The acting President of the IIUI, Sahabzada Sajidur Rehman is quoted as saying,

“We did not approach the police to investigate the allegations as it would have brought bad name to the university and set parents of the 9,500 girls studying here worrying,”

I believe this is a case of criminal negligence on the part of Mr Rehman and the university administration as student welfare, is the primary responsibility of any educational institution.

This also lends itself to another line of argument. Would parents rather have their children’s educational institution hush up such cases so that they need not worry? Who are the administrators to make such assumptions?

Second, there is something very, very wrong in the administrators world view, if they believe that the institutions image would be tarnished if such cases were brought to the police, as compared to the negative effect on their reputation, if they tried to cover it up!

Both individuals, the professor and the librarian have now moved on from IIUI. The teacher has landed a new job at a research council where he potentially may continue with such behaviour. Is IIUI not responsible for informing the competent authorities about the actions of this individual to protect his current co-workers who he may prey upon? Have the IIUI made any effort to insure that no other individuals amongst the staff or administration are suspected of similar behaviour?

From this case, some narratives that are dominant in our society are clearly illustrated. One, the moralizing. While there is no shortage of blogs and videos doing the rounds of LUMS, IBA, BNU etc, female students in “modern and western clothing”, with commentators judging and questioning whether they are good Muslims or not, it seems quite acceptable that a male figure, trading sex for favours, is not only acceptable, but worthy of protection and a cover up.

Second, pressure isn’t placed on the perpetrator, instead its borne by the victim. The victim is pressurised to change her story. Again, in a society that is inclined to frown upon any male and female interaction, somehow its in the “greater good” if the victim states that her actions were consensual and that she was not harassed. Why is that?

I for one hope that this issue does not fade away. Its now the responsibility of the IIUI to not only report these cases to the authorities, but to also make known the actions of these individuals so that they do not repeat these crimes again.

We are often told that our “youth” are vulnerable and immature, and all night texting plans are destroying their futures. An “elder” is required to monitor them, well into their 20s. However, kudos to the University’s Students Welfare Association, who bore pressure on the administration and did not fall silent.

Hopefully, a successful prosecution of the perpetrators will give courage to others who are suffering a similar fate and remain silent because they believe that society judges the victim more harshly than her harasser.