By Ryan Kisiel and Luke Salkeld

A senior master at a prestigious girls’ school has been arrested for allegedly sexually assaulting a teenage pupil under the age of 16.

Chemistry teacher Tony Brown, 49, has been suspended after a complaint was made to police.

Parents, pupils and staff at the £24,000-a-year Godolphin boarding school in Salisbury, Wiltshire, have been shocked by the arrest.

Brown is also one of the 430-pupil school’s ‘Oxbridge tutors’ who provide extra help for ambitious girls who hope to study at Oxford and Cambridge.

He has written academic textbooks to help students revise for their science exams.

When asked about the allegations, Brown, who lives in a semi-detached thatched cottage in the village of Figheldean, near Salisbury, said: ‘I have no comment to make.’

One parent, who did not want to be named, said: ‘This is a very sad matter as Mr Brown is a lovely man and a very good teacher.

‘I hope for his sake that it’s just some massive misunderstanding and that it’s all resolved quickly.

‘The school is very small and it has a lovely atmosphere, so for this to happen has come as a huge shock to the parents, pupils and staff.’

Founded in 1726 to educate ‘orphan gentlewomen’, Godolphin is one of the oldest girls’ schools in the country and stands in grounds a few minutes walk from Salisbury city centre.

Mrs Meaden left after three years and has said that she did not enjoy boarding because of the loss of independence and the ‘silly rules’, but Mrs Cooper returned last year to open a boarding house named in her honour. 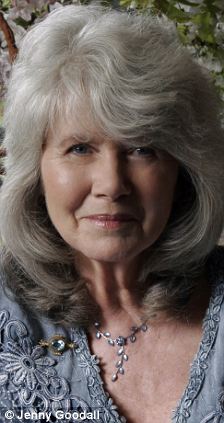 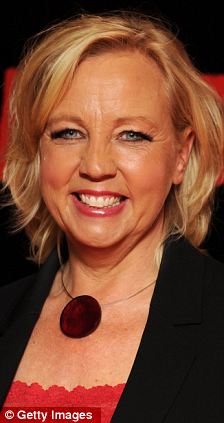 Old girls: Novelist Jilly Cooper, left, and Dragons’ Den star Deborah Meaden both attended Godolphin, but differ in their assessments of life at the school

The school strives for academic excellence and in 2008 83 per cent of its pupils gained A or B grades in their A-levels.

In 1995 it was the first in the country to ban pupils from using calculators in maths for their  first three years because of fears that they were not mastering addition, subtraction, division and multiplication.

A Godolphin school spokesman confirmed that Brown had been suspended during the police investigation, but would not comment further.

A Wiltshire police spokesman said: ‘We can confirm that a 49-year-old male teacher from Salisbury has been arrested on suspicion of sexual assault and subsequently released on police bail pending further inquiries.

‘The investigation relates to an isolated incident which took place away from school premises and the staff member has been suspended.’