The state of Illinois has a mandate that all teachers in all schools go through a criminal background check before being able to work in the state. For some, however, the background checks that are currently being done are simply not enough. An incident in late December, where a school custodian, Kenneth Brown, exposed himself to a female teacher, caused this call for change. Though no students were present at the time, the fact that it happened at all is alarming to many school officials and parents.

Officially, Illinois state law focuses only on those school employees who were hired after 2004. Those hired before that time were never required to go through a background check. Since Brown has been employed at the school since 2000, his background, which is littered with petty crimes like theft, was never put through a full criminal background check. Employees who go through the full background check are subject to fingerprinting and are made ineligible for employment should there be any crimes like drug offenses or felonies. Theft, like the crime committed by Brown, is also included, however he was grandfathered in and fell through a loophole. 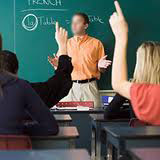 Another concern from parents and district leaders is the fact that Naperville school employees are only required to go through a background check when they are hired, not after that. Technically there could be teachers or other employees who are working at Naperville schools who have a criminal background, but the crime was not committed until after they were hired. There are many instances where a person could be accused of a crime and the workplace would never know unless someone stumbled upon public records.

Suggestions to change this are being tossed around and one of them is that a random background check be done on ten percent of all employees each year.  Another suggestion is to use a third party background check company like backgroundchecks.com which offers several products that would help the school district keep tabs on any crimes committed by their employees. One of these products is known as Ongoing Criminal Monitoring and would allow the schools to be notified when any of their employees has a new crime record appear in the national database. There is also the option, of course, to rescreen all employees every few years as a way to ensure that children are able to attend a school where they will be safe from bad situations.