A teacher at a Ballarat school has faced court following allegations he repeatedly sexually assaulted a male student over the past two months. The man, 49, appeared in the dock of Ballarat Magistrates Court late yesterday afternoon after he was arrested on Friday.

He is facing eight charges of committing an indecent act with a child under 16. 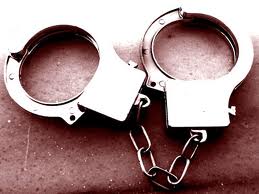 Magistrate Peter Couzens issued a suppression order restricting the publication of the man’s name and the name of the school.

The teacher’s application for bail was opposed by police on the grounds he was an unacceptable risk of failing to answer bail and of interfering with witnesses or obstructing justice.

Detective Young claimed the teacher had touched the boy’s genitals on two separate occasions, and masturbated or played with himself in front of the child on eight occasions.

He said the man had also walked in on the teenager while he was in the shower, and would himself walk around naked in front of him.

The court heard police executed a warrant at the man’s home last week, seizing a computer which is still to be analysed.

The officer said New South Wales police were also commencing proceedings against the man over alleged child sex offences said to have occurred between 2005 and 2008.

Detective Young said the man had built up a strong relationship with other teachers and parents, and had been held in high regard by the Ballarat school.

The man’s barrister, Cameron Baker, claimed that the man should be released from custody because police only had the statement of one alleged victim as evidence.

He proposed that if released, the teacher would return to NSW and would not be able to contact victims because his mobile phones had been seized by police.

Mr Baker said the man’s family were aware of the allegations.