A Team 4 investigation found that people with criminal records could be teaching your children, including people charged with or convicted of stalking, theft or assault.

Even more shocking is that school officials might know nothing about their criminal history, said Team 4 investigative reporter Paul Van Osdol. 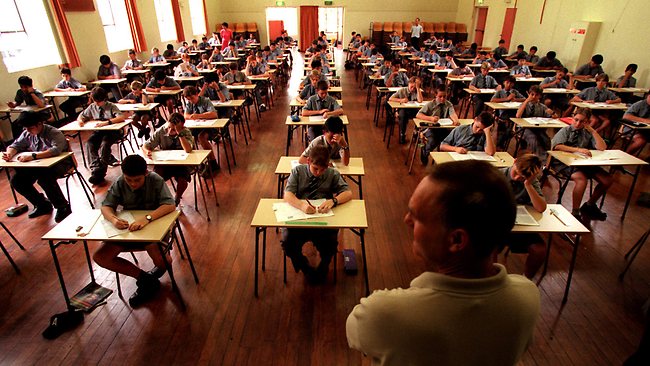 Pennsylvania requires a criminal check on teachers before they are hired, but once they’re on the payroll, they never get checked.

On top of that, teachers can still pass a background check, even if they’ve been convicted of crimes like simple assault, theft and fraud.

In December 2005, Pittsburgh police charged a woman, whose name we are withholding, with stalking, criminal mischief and harassment. Her ex-boyfriend told police she stalked him at home and work and vandalized his car.

Police have been looking for her since last July, after she failed to show up for a court hearing, and a judge issued a warrant for her arrest.

But Team 4 cameras found her at a Pittsburgh preschool, working in a classroom as a family services specialist.

Van Osdol: “Does the school district know you have an outstanding warrant for your arrest?”

If convicted of stalking, she could be disqualified from working with children, but Superintendent Mark Roosevelt told Team 4 that he was not even aware of her case.

Van Osdol: “If they’ve got a warrant for their arrest for stalking and harassment, should they be around kids?”

Roosevelt: “I would agree that would be a serious question, and probably in that case, the best thing to do would be for the teacher to be on leave until it is determined whether they’re guilty or innocent of such an offense.”

But they can’t go on leave if school officials don’t know about them. And the Pittsburgh School District, like most others, has no procedure for finding out about teachers charged with crimes after they’re hired.

Why? State law does not require it.

Van Osdol: “So there’s nothing you’re doing proactively to find out if you have a teacher or another employee who’s been arrested or convicted of something?”

So Team 4 did our own checking and found 135 Pittsburgh school employees who’d been convicted of crimes.

Among them, a preschool teacher with three drug convictions in two years, including possession of heroin and crack.

Also found was a teacher with two assault convictions in two years. In one case, he broke another teacher’s jaw on a school basketball court.

Another employee Team 4 found was a family services specialist who lost her job at Allegheny County’s Child Youth Services after she was convicted of stealing $7,000 from poor and elderly clients.

And another was a food service worker convicted of drug charges after she told police she’d been dealing cocaine for three years.

One elementary school teacher was convicted of aggravated assault after she punched a police officer in the face. Under state law, that conviction would keep her from ever getting hired as a teacher, but the State Education Department said city school officials never reported her conviction.

“That would certainly be a concern, and I don’t know, obviously, of the person you are talking about,” said Roosevelt.

One security officer at a city high school is currently facing aggravated assault charges. Police said he beat a teacher so severely that the victim required facial surgery.

If convicted of that offense, he would be banned from working with children if he tried to go to another school district.

Van Osdol: “Yet, he’s still working around kids at a high school. Is that something that would be a concern?”

Roosevelt said he would support a state law requiring regular background checks of school employees. A local legislator has been pushing for such a law but with no success.

“You’d think it would be a no-brainer to put in for protection of students and the community, but it’s been very difficult,” said State Sen. Jane Orie.

Van Osdol: “Why has it been so difficult?”

Orie: “There’s been no interest and a lot of objections from the teacher’s unions themselves on these issues.”

“Do we go through expense and difficulty and time of instituting an annual records check when you have such a small number? I would say we don’t,” said Tarka.

But Orie said parents deserve to know if people with criminal records are teaching their kids.

“Every school district should be alerted to any criminal history any teacher has,” said Orie.

Last year, the Legislature did make changes to the background check law. Starting in April, new school employees will be subject to national criminal checks done by the FBI. That change was made after several teachers with criminal records in other states were hired by districts in eastern Pennsylvania.

However, under the new law, there is still no requirement for regular background checks after teachers have been hired and no change in the types of crimes that will keep someone from being hired.