CHILD rapist school teacher Gerard Vincent Byrnes may spend just six more years in jail for the repeated rape and molestation of his students at a Toowoomba Catholic primary school.

Byrnes, 61, appeared in the Toowoomba District Court for sentencing today. 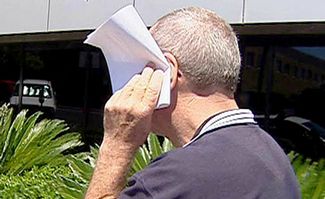 He pleaded guilty to 10 counts of rape, 33 counts of indecent treatment of a child, and one count of maintaining a sexual relationship with a child.

His 13 victims were girls aged between nine and 10.

The offences happened at school between January 2007 and November 2008.

Judge Bradley sentenced Byrnes to 10 years in jail and he will be required to serve a minimum of eight years.

However, his 23 months in custody were declared as time served, meaning he could be released from jail in just six years.

Families of the victims were furious when the sentence was handed down, as the prosecution had proposed a sentence of not less than 14 years.