A rash of local teachers charged with having sexual relationships with students raises the question of whether there is an increase in the number of sexual predators among teachers or simply heightened awareness and increased reporting. 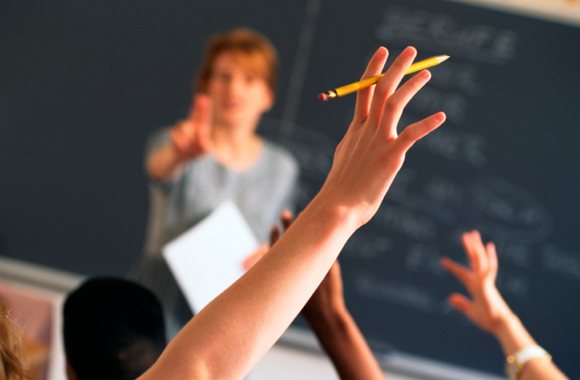 Although the answer may not be clear, one thing is certain: All of the teachers were charged after social media or text messages with their alleged victims were exposed.

The electronic messages, including cell phone texts and messages on Facebook and Twitter, left a digital trail for investigators to follow, making it easy to identify victims and present the suspected teachers with specific evidence of wrongdoing.

That leaves school officials tasked with trying to figure out how to embrace the seemingly limitless educational advantages of the Internet and social media tools, but preventing them from being used to initiate and foster covert, inappropriate relationships among staff and students.

“There have always been inappropriate relationships between teachers and students,” said Gretchen Shipley, a San Diego attorney who has created a practice around education and technology. “But I think it has been more of a growing problem because the breaking down of barriers with social media and the ease with which you can talk with each other.”

It’s a dilemma for school leaders across the nation.

The New York Department of Education has a seven-page set of social media guidelines that instructs teachers to use “school-based” social media platforms to communicate with students and recommends against employees using personal social media sites to contact students.

In Missouri, the legislature passed a law several years ago banning all electronic communication between educators and students, but after a legal challenge by the state teachers union, a judge ruled the law unconstitutional. The legislation has been rewritten to direct each district to create its own policy, making it remain unclear if a district ban would be considered unconstitutional, Shipley said.

“Everyone is trying to figure out what to do between what the courts are deciding and given the challenges of the increasing number of sexual abuse by educator cases,” said Jim Buckheit, executive director of the Pennsylvania Association of School Administrators.

In Plum, where two teachers were arrested in February and charged with institutional sexual assault for their relationships with female students, superintendent Timothy Glasspool said his board is not considering a policy banning social media or cell phone contact between teachers and students because “it may violate the First Amendment rights of individuals.”

In addition to the Plum arrests, recent weeks have seen the Norwin School District announce the suspension of a teacher without pay for sending inappropriate text messages to a student. A Sto-Rox middle school teacher’s aide was arrested over an alleged sexual relationship with a 13-year-old female student and a former Ringgold High School guidance counselor faces criminal charges for what police said was a sexual relationship with a male student who was a high school football player.

Despite the free speech issue, Shipley’s advice to clients is that it is unwise for adult educators to accept students as friends on Facebook or to communicate personal messages with students via social media or texting.

That’s the same recommendation the Pennsylvania State Education Association gives to its members.

“Do not accept friend requests from your students or their parents. If a student or parent of a student messages you through a social media site, do not respond,” the PSEA wrote in its Safe Social Media for Educators guidelines.

A policy developed by the Mt. Lebanon School District requires that staff members use social media tools created and monitored by the district to communicate with students. It specifies social media should be used only “to support the educational mission of the district with regard to teaching and learning.”

It also states: “Staff members may not communicate with students using external social networking group pages unless that communication is within the public view.”

Only district email may be used in any email communication with students.

“The whole purpose of this was to make sure any kind of communication that would take place would be in public,” district spokeswoman Cissy Bowman said.

She said in instances where coaches, staff members or volunteers supervise activities that require them to text details to students, they must be done in a group text, with their parents’ consent, and parents must be given the option to be part of the group or to opt their student out.

A teacher who contacts a student outside of the guidelines set by the district can be disciplined, Bowman said.

Other districts across the state are enacting similar policies.

The Reading School District has a social media and electronic communication policy that prohibits the use of any electronic means or social media to fraternize with students. It specifies that staff may not invite or accept district students as “friends” on any social media site.

It also prohibits electronic communications of any sexual or explicit material between students and educators, bans staff from providing personal email addresses or cell phone numbers, and prohibits contact with students via cell phone. The policy requires all cell phone communication to go through parents.

The Bethlehem Area School District prohibits the use of personal social media sites for communication with students and requires such communication to take place from official district sites and email addresses.

Linda Hippert, executive director of the Allegheny Intermediate Unit, said during a recent meeting of a group of Allegheny County superintendents that none in attendance said they had specific social media policies. She said the AIU will work to come up with a model policy for districts to consider.

“With the many recent incidents in our county bringing much attention to social media and inappropriate communications, we will pursue opportunities to provide additional resources for our Allegheny County educators,” Hippert said.