A Ledyard High School teacher has been sentenced to 10 years in prison, suspended after two years for sexually assaulting a student.

William C. Friskey, 36, of East Lyme, was accused of having an inappropriate sexual relationship with a female student for about a year, including some encounters at school. He was arrested June 30, charged with two counts of second-degree sexual assault and sentenced on one count. 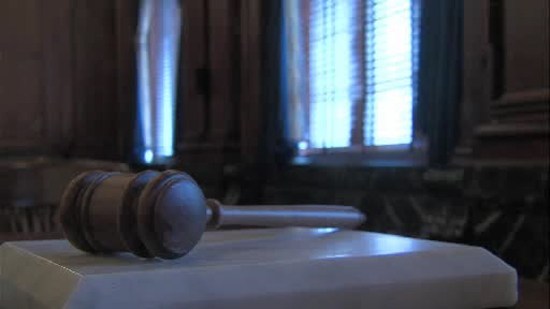 The Ledyard High School Web site listed Friskey as a teacher of independent studies, journalism and English and police said he began working at the school in August 2007.

According to the warrant for Friskey’s arrest, the student was a high school senior who was in Friskey’s English class her junior year and the two began emailing back and forth after school hours.

A Ledyard High School teacher, William Frisky, 36, is charged with two counts of second degree sexual assault. Police say he had an inappropriate relationship with a student at his school. He’s now on administrative leave from his job. (Published Monday, Jun 30, 2014)

By the end of the year, “they began sharing feelings and personal secrets,” according to the arrest warrant.

The student started visiting him during her lunch breaks senior year and the two would perform sexual acts on one another in his classroom, the warrant says.

She also started going to his house on Pattagansett Court in the Niantic section of East Lyme, sometimes while Friskey’s son was home, according to the warrant. They went on dates, and Friskey once reportedly wrote an email to the student asking why she considered him her lover and not her boyfriend.

“On several occasions, she attempted to end the relationship because she knew it was wrong,” the warrant explains. “Mr. Friskey would always pull her back in by threatening to harm himself or telling her he couldn’t live without her.”

According to the arrest warrant, the student broke off the relationship “because she wasn’t happy with their situation.”

School administrators learned of the relationship when the technology coordinator found a letter from Friskey to the student in the recycling bin of Friskey’s school-issued laptop, the warrant says.

In the letter, Friskey allegedly apologized for the sexual nature of their relationship and mourned the loss of their friendship, according to the warrant.

“The other thing is the thought of you seeing me as your abuser or even your rapist,” the warrant quotes Friskey as saying in the letter. “I can’t stand that thought. I deserve to feel that pain. I hope you don’t see me like that.”

Friskey was placed on administrative leave and must register as a sex offender.