Nicole Dufault arrested and charged with sexual assault with five of her students. Originally Dufault’s sexual assault charges stemmed from three underage boys who were her high school students, but two more students have come forward, according to the New Jersey.com News on Sept. 19.

The New Jersey teacher is accused of having oral sex and vaginal intercourse with all five male students who were 15-years-old. 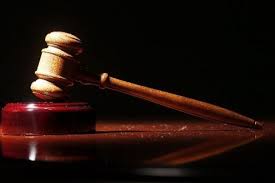 The 35-year-old has worked at Columbia High School in Maplewood for the last nine years, so as you can imagine this news has come as a shock to parents, suggests Newsday.

The charges allege that Dufault would take the boys, one at a time, to her car to engage in sexual relations. They would also have sex inside the school, reports indicate. The original charges with the three students entails Dufault facing 30 counts, each count is a sexual encounter she had with one of the three boys.

It is not known how many counts will be added now that two more students have come forward. She is currently being held on $500,000 bail.

This teacher’s case mirrors another case going on at the same time across the country. This is an equally disturbing case involving a Utah teacher who is nick named by her students as “Teacher with Benefits,” according to the New York Daily News today.

Brianne Altice is accused of raping two of her male students. She was originally facing charges of raping a 16-year-old boy, but another student came forth on Friday to say he was 17 when he had a sexual relationship with his teacher. He is the one who said she is called “Teacher with Benefits.

Altice is facing nine felony charges with two of her high school students. The charges are felony rape and sodomy in this case.

Altice, like Dufault is no kid, she too is 35-years-old. Both women look younger and both appear to take very good care of their looks. Altice was released on a $10,000 bond and she lost her job in February when the first of these students came forward.

This teacher had worked in the school system since 2004, a little over nine years, like Dufault. Dufault worked for nine years at the same high school. In 2012 Altice took a permanent position teaching English at Davis High School.

Both of Altice’s accuser’s stories sound eerily similar. They both alleged that they had a sexual relationship with the woman during the school year. They both started off with kissing in between classes and eventually heavy petting leading to sex. This sounds much like how any high school romance begins, except one of the participants was a teacher.

What would make these two teachers through away their lives for a romp with high school boys? They are not twenty-something, these women are close to middle age. Both are facing some hefty jail time if they are convicted of the charges.

One of the more scarier aspects of media reports of cases like this is the potential for copy-cats. Kids wanting to get even with a teacher for one thing or another and accusations fly. Accusations, such as the ones both these women now face, could come with hefty jail time. At this time Dufault hasn’t come up with the $500,000 bail, so she remains in jail. Her lawyer is requesting a bail reduction.