A Meeker County dance teacher has been accused of sexually assaulting a 13-year-old student.

According to the Meeker County Attorney’s Office, 33-year-old Sondra Mae Huhn of Darwin, Minnesota, runs a dance studio, and the victim had been one of her students for about a year. 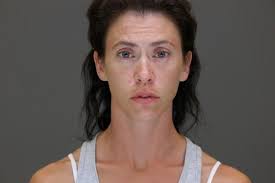 The victim told police that on Friday, July 11, Huhn was driving him from a dance activity to the annual Watercade Waterball Fight, which is a summertime event held at the Litchfield Rescue Hall. The victim said Huhn parked her van and then leaned in towards him and kissed him. He said she also took his hands and rubbed them over her breasts under her bra.

Huhn admitted to the accusations in a post-Miranda statement, according to the criminal complaint.

Huhn has been charged with second-degree criminal sexual conduct. If convicted, she faces up to 25 years in prison and up to $35,000 in fines.