The public security bureau of Xuanwei City received reports on July 5 that a male teacher with the surname Wu molested several female students at the Wuli Primary School. 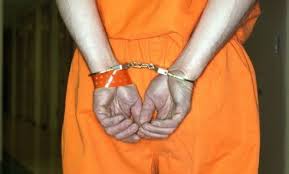 Wu, 36, was detained and the investigation into the case continues, according to the bureau, providing no further details.

The case has aroused public concern through local media reports, which said a victim’s parents found out their daughter had been sexually assaulted and reported it to police.

Later, on July 6, a total of eight girls between the ages of five and 11 were brought by police for medical examination, which revealed they had all been sexually assaulted.

China has been shocked by a string of child molestation cases involving teachers in recent years.

The country charged a total of 8,069 people with child molestation from 2010 to 2013 in China, said the Supreme People’s Procuratorate in May.

Procuratorates across the country have stepped up their efforts against all crimes targeting children, especially sexual abuse cases.

Most recently, a court in east China’s Anhui Province sentenced a primary school teacher to death on April 23 for raping and molesting students. He was accused of raping five schoolgirls and molesting six others beginning in the second half of 2011.

She called for “methods acceptable to children” to let them know how to avoid sexual assault.