62-year-old Dennis Mischler, who now lives in Covington, was originally arrested May 29th on a warrant for possession of child pornography and booked into the St. Tammany Parish jail. He bonded out two days later. 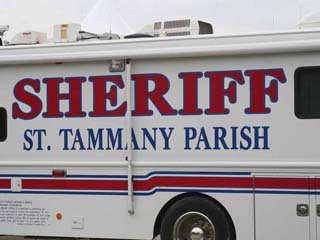 A sheriff’s office spokesman said Mischler was arrested again June 25th on warrants for two counts of oral sexual battery and one of attempted rape involving a juvenile, as their investigation progressed.

The spokesman said that Mischler is being investigated for similar crimes in another jurisdiction.

Detectives think Mischler may have been victimizing children for years. They’re looking for additional victims, not only in St. Tammany and Orleans parishes, where he was a scout leader for many years and worked as a teacher for 31 years; but also in Arkansas, where he lived for a period of time following Hurricane Katrina.