B.C. Teacher Suspended For Sex With Student, Other Unprofessional Conduct

A teacher on B.C.’s central coast was suspended for 32 months after having sex with a student, crashing her car while drunk, and frequently yelling at a Grade 4 class.

Verena Wilhelmson taught at Acwsalcta School in Bella Coola from 2008 to 2011. In February 2011, the principal reported her to the B.C. College of Teachers. 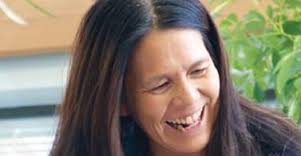 Under her contract, she had agreed to abide by the independent school’s code of ethics that included conducting herself while “on duty and in public in a manner that brings credit to themselves, their department and Nuxalk Nation.”

However, Wilhelmson engaged in “inappropriate and unprofessional” off-duty conduct during the years she taught at the school, according to a discipline decision posted by B.C. Teacher Regulation Branch last month.

In 2010, Wilhelmson “initiated and engaged in sexual activity” with an 18-year-old male student from another school. The incident happened outdoors at night on public property while she was intoxicated, said facts outlined in the consent resolution agreement signed by the former teacher.

A few months later, Wilhelmson drove to a party while impaired and crashed into a parked vehicle. She was fined for the incident.

She was impaired by alcohol and marijuana, said the document. Wilhelmson “sought out, sexually importuned and touched” the same student from the 2010 affair. “She then subsequently engaged in sexual activity with another man in a bedroom,” while the door was open.

During the branch’s investigation, Wilhelmson, who has had a long career in aboriginal education, acknowledged that she struggled with substance abuse and “experienced difficulties” in the community.

Wilhelmson was retroactively suspended for 32 months for professional misconduct and conduct unbecoming of a teacher. When that period expired on Oct. 31, 2013, she let her teaching certificate lapse.

If she wants to teach in the province again, she will have to re-apply to the B.C. College of Teachers.