A Florida dance instructor has been found guilty of sexually abusing a 15-year-old girl who was her student, according to the Daily News.

Nichol Marie Phelps, now 30, is said to have singled out the girl for attention since she began attending Universal Dance Academy in Port Charlotte at age 13. 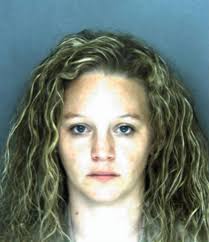 The teacher maintained contact with the girl even after she stopped attending the dance school, according to the Orlando Sentinel.

Investigators said the teacher developed an increasingly sexual relationship with the girl that culminated in molestation.

When interviewed by police, the victim said Phelps had discussed performing sex acts on her and even told her that she’d leave her husband to be with her, reports the Daily News.

The abuse occurred at an Orlando dance convention in March 2012. According to police, the victim found Phelps crying in a bathroom after arguing with a parent. The victim tried to console Phelps, which led to inappropriate contact.

Phelps “looked at her and asked why she was so hot and why did she have such strong feelings for her,” the report states, before pinning the girl to the wall and kissing her.

The next day the victim was loading the instructor’s car in an airport garage when Phelps shoved her in the back seat and molested her.

Contact between Phelps and the student continued until June 2012, when the teacher was fired from the dance academy following an “emotional outburst” during a recital.