A Catholic school teacher is charged with sexual assault after he reportedly had inappropriate contact with a student under the age of 16, according to police.

Michael Maida, 44, of Well Avenue in Danbury, turned himself in Tuesday. An arrest warrant was issued March 3, charging him with second-degree sexual assault and risk of injury to a minor. 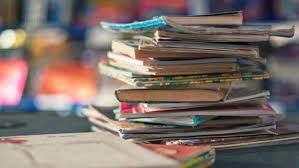 Police said Maida had inappropriate sexual contact with one of his students at the Convent of the Sacred Heart, a Catholic school in Greenwich. The all-girls school includes grades K-12.

School officials said in a statement that they learned of the police investigation Jan. 23 and that the alleged incident occurred in the fall of 2009.

The school contacted the Department of Children and Families and placed Maida on administrative leave, according to the statement.

“Mr. Maida has been a teacher with us for 17 years and has unequivocally denied that the alleged incident, of which we had no prior knowledge, occurred,” the statement reads. “We take all allegations of misconduct seriously and are continually focused on upholding a safe and welcoming environment for our students. We have been cooperating fully with the authorities and out of respect for all involved and the important legal process under way, we will not be commenting further.”