A former local teacher’s assistant is in trouble with the law. Leveda Green, 41, is accused of having a sexual relationship with a student. She was employed at Ellicott High School as a paraprofessional. 11 News has learned she has resigned.

11 News reporter Kristin Haubrich stopped by the suspect’s house to ask her a few questions. 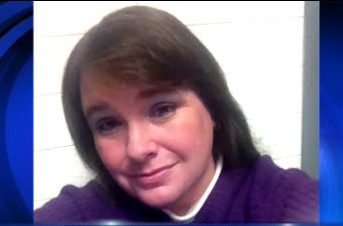 Kristin: “I want to ask you about the allegations against you.”

Kristin: “Court papers show you had an inappropriate relationship with a tenth grade student.”

Court papers show Green and the student exchanged text messages. One of the messages reportedly from Green said: “I love u so, so much! U are my super amazing, sweet, loving, caring, and sexy future husband!! I want to be with u for ever and ever!”

The accuser told deputies they had sex on a road in the “middle of nowhere” in Green’s car. School administrators told investigators they witnessed Green and the student holding hands at the school and rubbing each other’s legs.

When Green was confronted about the allegations by school administrators, court papers say she verbally resigned from her position at the high school in January of 2013.

11 News talked to the Ellicott superintendent, but he didn’t want to comment on the case.

11 News is asking investigators why it took more than a year for them to arrest her. We’ll let you know what we find out.

Green is facing sex assault charges by one in a position of trust.