A second former teacher at a Catholic high school on the South Side filed a lawsuit against the institution, claiming he was fired because he reported an alleged sexual assault involving students to the state. 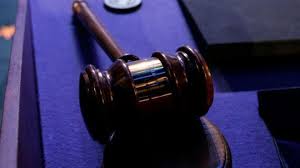 The students came to Jennings weeks after former principal Erica Brownfield conducted a staff meeting in fall 2013 in which she told staff that a female student had possibly been sexually assaulted by male students, the lawsuit said.

She allegedly acknowledged her responsibility to report the incident to the state Department of Children and Family Services but said she was not going to do so, the suit says. She also instructed staff members to not speak to DCFS or report the incident, Jennings claims.

After speaking with the female students, Jennings reported the incident to DCFS. Jennings says after that, he was unfairly disciplined by Brownfield and former school president Jeffrey Gray.

The suit also claims Gray pushed Jennings, then fired him on the spot during a heated confrontation at the school on Feb. 21. Jennings called police to the incident, and signed a battery report, according to the lawsuit.

The four-count suit claims violation of the Illinois Whistleblower Act, retaliatory discharge, interference with prospective business advantage and battery. He seeks at least $150,000 in damages, backpay, reinstatement of an equally senior position and court costs.

The suit comes two months after another teacher, Rochelle Daniels, filed a suit claiming she was wrongfully terminated from Hales for reporting alleged student assaults to DCFS.

Officials at the school could not be reached for comment Friday afternoon.