Frisco ISD Teacher Accused of Sexual Assault of a Child

Frisco police announced Thursday they have arrested a teacher and coach from Wakeland High School on a charge of sexual assault of a child. 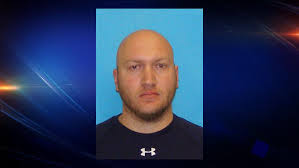 According to an arrest warrant affidavit released to NBC 5, teacher Marc Alan Carden was arrested on a charge of sexual assault of a child after the father of a 14-year-old girl told police he believed there was an inappropriate relationship between his daughter and the teacher.

The girl, whose identity will not be revealed due to hear age, is a student in the Frisco Independent School District but was not a student at Wakeland High School, where Carden was employed.

The affidavit said Carden and the victim had exchanged many text messages and phone calls and planned to meet on Jan. 11, 2014, at a hotel room.  Within the texts, investigators found messages in which the victim and Carden allegedly discussed having sexual intercourse.

Additional graphic details about the alleged relationship were included in the affidavit, which can be read here.

Carden, who is free on $5,000 bond, has been placed on leave by the school district pending the completion of the investigation.