A former Birmingham teacher who indecently assaulted young pupils 40 years ago during after-school ‘homework sessions’ has been jailed for 18 months. 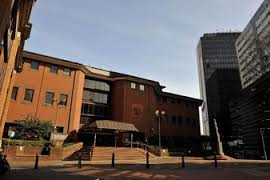 Birmingham Crown Court was told that Brian Rees preyed on two sisters – aged between eight and 13 at the time – during the early stages of a teaching career spent entirely at Barford School in Ladywood.

The court heard how Rees groomed the siblings in the late 1960s and early 1970s, inundating them with gifts.

He then repeatedly abused them at his then home in Gillott Road, Edgbaston.

Neither sister realised the other was being indecently touched by the 66-year-old until earlier this year when a TV documentary on sexual abuse prompted an emotional conversation between the pair.

Days later they reported the attacks to West Midlands Police and Rees was arrested from his home address in Sandwell on September 19.

In interview Rees admitted indecently assaulting both girls and said he always expected his offending past to catch up with him.

He pleaded guilty to four counts of indecent assault – two on each girl – and at Birmingham Crown Court on Friday (November 1) he was sentenced to a total of 18 months in prison.

“We can secure compelling evidence even many years down the line and will always push to bring offenders to justice.

“Both ladies have penned powerful, moving victim impact statements highlighting how Rees’ abuse has tormented them throughout their lives. But they have now spoken of relief at him admitting what he did was wrong, that they were blameless, and him finally being punished.

“Rees has also suggested he indecently assaulted two other girls at the school, friends of the sisters, and we are actively trying to identify and locate them.

She added: “If anyone else suffered at Rees’ hands I hope this case will encourage them to come forward and report it to us at Ladywood police station on the 101 number so we can take action.”

The court heard how Rees befriended the sisters’ father in order to build up a rapport with the family and secure increased access to the children.

One of the sisters described how being in Rees’ junior school class for three years was “mental torture” and how at the start of every new term she hoped to find he’d been replaced by another teacher.

In her victim impact statement the woman, now aged 51 and living in Birmingham, said: “He ruined my childhood and I woke every day not wanting to go to school. There was no escape from Rees at home because he was friendly with my father and would often visit.”

Her older sister, now 55 and living in Walsall, added: “I felt immediate relief at hearing he was arrested. Throughout my life I’ve not felt able to go in the street he lived in or near the school as it brought back the memories.

“I used to walk the long way home from school so as not to pass his house… sometimes it meant arriving home late and I would be told off, but felt I couldn’t tell them why.

“What he did affected me in so many ways. I have lived a lifetime of torture and Rees must acknowledge this.”

Rees was also ordered to sign on the sex offender’s register for ten years and a barred from working with children.

This article originally appeared on birminghammail