Former Teacher Pleads Guilty To Sex Assault On A Child

Amanda Rowles, 28, pleaded guilty to sex assault on a child by a person in a position of trust. She could face several years in prison. 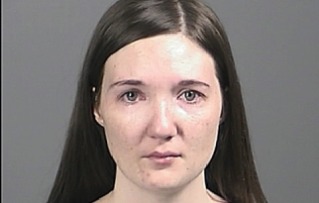 Tuesday, Rowles cried while reading a statement to the judge, saying she had just broken up with her long time fiancé when the sexual relationship with a 17-year-old boy started.

Rowles was 26-years-old at the time, and a drama teacher at Calhan High School. The relationship started in December 2011. She moved to the Denver area the next year.

Rowles was arrested in Aurora in December 2012 on a warrant issued by the El Paso County Sheriff’s Office.

Also in her statement to the judge, she said she took full responsibility knowing she was the adult in that situation.

Rowles will be back in court in December for her sentencing. You can count on 11 News to let you know what happens.Previous Coverage:

A former teacher has been arrested and charged with multiple counts of sexual assault on a child.

According to the El Paso County Sheriff’s Office, administrators at the Calhan School uncovered relationships between 27-year-old Amanda Rowles and two male students during the 2011-2012 school year. Rowles moved to the Denver metro area the following year.

Rowles was arrested in Aurora Thursday. She was booked in the Aurora City Jail on a $50,000 bond. The jail says she bonded out that same night.

This article originally appeared on kktv