The Sperreng Middle School teacher who was arrested on school property Tuesday morning has been identified as 47-year-old James Bliss Wilder III, of Manchester. 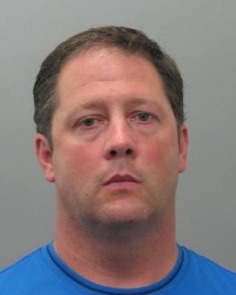 Wilder, a health and fitness teacher at Sperreng, has been placed on administrative leave, according to St. Louis Post-Dispatch. He is believed to have had a sexual relationship with a 16-year-old student from Aug. 1, 1996 until Sept. 21, 1997, according to a news release from St. Louis County Police. The victim was a Lindbergh High School student at the time, and told police that Wilder was her coach on the Girls Cross Country and Track teams.

Some of the sex acts occurred on school property, according to Post-Dispatch.

Police are investigating the possibility that there are other victims, according to KMOV. In 2008 Wilder was accused of having a sexual relationship with a Sperreng student, though he was not charged, according to the Post-Dispatch report.