A 55-year-old sexual assault victim is suing a retired teacher, guidance counsellor and priest, Ottawa’s Catholic school board and two other organizations for more than $3 million, claiming the organizations should have responded to an incident almost 30 years ago. 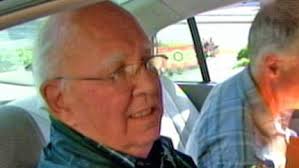 The man has filed a lawsuit in Ontario Superior Court claiming damages in relation to an incident when he was 16 years old involving former school teacher and priest Kenneth O’Keefe.

O’Keefe pleaded guilty to the 1974 incident in which the boy woke up to being sexually abused.

According to the statement of claim, O’Keefe offered his residence for the night after the boy had complained of an argument with his parents.

Now 55, the man is suing O’Keefe, the Ottawa-Carleton Catholic District School Board, the Roman Catholic Episcopal Corporation of Ottawa and the Basilian Fathers of Toronto for $3.1 million.

He claims the school board and Catholic diocese did not respond to parents’ complaints about the incident soon after it happened, which caused him emotional damage over several years.

2 guilty pleas in past year

The plaintiff’s name is protected by a publication ban because the incident happened when he was a minor.

O’Keefe and the Basilian Fathers of Toronto have filed statements of defence but the other parties have not, according to Rob Talach, the plaintiff’s London, Ont., lawyer.

In his statement of defence, O’Keefe disputed the extent of the damages while the Basilian Fathers disputed several allegations of cover-up, as well as their knowledge of the situation, in their statement.

In an email statement sent to CBC News, the law firm representing the Catholic school board also said prior to the 1980s it was not responsible for educating Grade 11, 12 or 13 students in its schools. The plaintiff in this case was in Grade 11.

David Sherriff-Scott said the teacher’s employer was the Catholic archdiocese, which has yet to file its statement of defence, and the archdiocese is responsible for his actions.

Last September, O’Keefe, 82, pleaded guilty to an indecent assault charge related to the 1974 incident. In January, he pleaded guilty to two charges in relation to an assault on a 17-year-old boy in Hull, Que., which happened in 1969.

In both cases, he was given a nine-month conditional sentence in the community. He has eight months left on his second sentence, which is being spent under house arrest in Toronto.

O’Keefe, a former Basilian priest, taught at Catholic high schools in Ottawa from 1959 to 1980, including St. Pius X and St. Joseph.

O’Keefe continues to hold his teaching licence. But he will be in front of the Ontario College of Teachers next month for a disciplinary hearing where he could officially lose that licence. The hearing is based on the same incident as the lawsuit.

According to his online profile with the college of teachers, O’Keefe completed his professional education program in Toronto in 1955, later graduating with a Masters of Education from the University of Ottawa in 1974. He also obtained his guidance counsellor training in 1973.