A former Fremont schoolteacher has been ordered to stand trial for allegedly sexually assaulting a teenage boy in his classroom in the late 1990s. 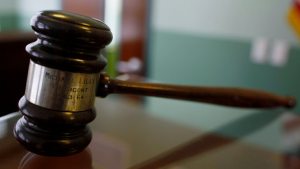 Michael Schoop, 63, of Pleasanton, is facing four counts of sodomy with a person under the age of 14, with an age difference of at least 10 years.

At the end of a preliminary hearing that spanned several days and ended late Monday afternoon, Alameda County Superior Court Judge Morris Jacobson also said Schoop should face a jury on an allegation that he used a gun to threaten the boy.

In addition, Jacobson raised the bail for Schoop—who has a prior conviction for possessing child pornography—from $410,000 to no bail.

However, Schoop’s lawyer, Bruce Nickerson, said he plans to file a motion seeking to have Schoop released on his own recognizance. Nickerson also indicated that he might file a motion asking that the charges against Schoop be dismissed.

The Alameda County District Attorney’s Office filed charges against Schoop last month, alleging that he sexually assaulted the boy in a side room of a portable classroom at Mission Valley Elementary School in Fremont, where Schoop taught for 25 years and once was named a distinguished teacher.

Nickerson disputed the evidence against Schoop during the hearing and also alleged that the statute of limitations on the alleged sexual assaults had expired.

Jacobson admitted that the question of whether the statute had expired is complicated, but he said that after doing a lot of legal research, he is “confident” that the charges against Schoop, which carry a possible life sentence if he is convicted, are still timely.

In ruling against Schoop, Jacobson said the alleged victim in the case, who testified at the preliminary hearing, “felt threatened and physically manhandled” by Schoop.

But Nickerson said he is particularly troubled by the gun charge against his client, saying that the victim’s allegation that Schoop threatened him with a gun isn’t corroborated by any other evidence.

“There’s a requirement of corroboration on everything, most overwhelmingly as to the gun,” Nickerson said, alleging that the gun existed “only in the mind of the complainant” many years after the fact.

Nickerson said he would be “shocked beyond belief” if Schoop ever had a gun.

In 2002, Schoop pleaded guilty in Alameda County Superior Court to one felony count of possessing child pornography. He was placed on five years’ probation and required to register as a sex offender.

In a related case in federal court, Schoop was sentenced in 2003 to one year in federal prison.

This article originally appeared on sanfrancisco