The preliminary inquiry for a former Sanikiluaq, Nunavut, teacher facing sex-related charges is expected to start today in the community. 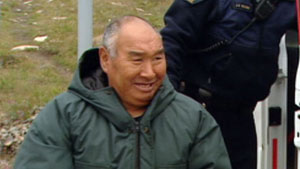 Johnny Meeko, 58, faces 40 sex-related charges including sexual interference and sexual assault. There are 12 alleged victims ranging in age from their mid-teens to their late 30s.

Meeko taught at Nuiyak Elementary School in Sanikiluaq. His teaching career began in 1973. Police say the offences are alleged to have happened at the school between 1984 and 2006.

Meeko was charged last August after people starting coming forward, which prompted an RCMP investigation. In September, in an Iqaluit courtroom, Meeko was denied bail. He wanted to be released to family in Kuujjuarapik, Que.

Meeko has been in custody at the Baffin Correctional Centre in Iqaluit since his arrest. The preliminary inquiry will determine if there is enough evidence to go to trial. It’s scheduled to last four days. Deputy judge Todd Ducharme will preside over the inquiry.

2 other teachers in court today

Two other Nunavut teachers are scheduled to appear at the Nunavut Court of Justice in Iqaluit today. Both face charges alleged to have involved students.

In March, 50-year-old Iqaluit teacher Mark Caine was charged with three counts of sexual interference. The charges against Caine were stayed in court today.

The other teacher, 58-year-old Nadia Kowalyshyn from Qikiqtarjuaq is charged with one count of assault for an incident said to have occurred on Jan 1.