The GBI’s Midland Office is investigating two Taylor County High School teachers who are accused of sexually assaulting students. The man 16-year-old Kelly Lee Hauldren described as friendly, and a father-figure to classmates was arrested on June 25th and charged with interstate interference with custody. 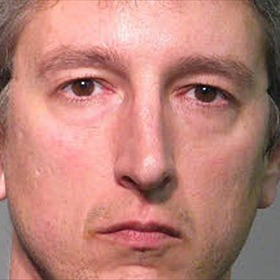 “People are choosing to make these accusations, but I choose not to believe them, because I know Mr. walker,” said Hauldren. Hauldren, who’s going into the eleventh grade at Taylor County High had Walker as a world georgraphy teacher in the 9th grade. Now, according to GBI Special Agent Robert Devane, 42-year-old Walker is charged with taking a student across state lines and is facing more charges.

“Somewhere, also in our evidence, is showing that him and this student had sexual relations as well,” said Devane.

The investigation began after another arrest. Back in April, Devane says the Taylor County Sheriff’s Office and the Butler Police Department asked the GBI to step in and investigate after two students reported sexual allegations against their band teacher, David Van Buren.

Van Buren was arrested on April 26th and charged with sexual assault against a person in custody. Devane says the charge fits because Van Buren is a teacher, and the students were in his custody during the time of the acts.

“Someone had put on Facebook, they got the ‘band man’, Mr. Shannon Walker’s next,” said Devane.

After that arrest, Devane says his office began looking at Walker.

“We came to find out that Mr. Walker had a student out of the state to another state… and also our evidence shows that him and this other student had sexual relations as well,” said Devane.

Sisters, Courtney and Dawn Pittman, say the accusations don’t match the men who taught them music and history. Dawn says rumors were circulating among classmates that a group of girls was targeting Van Buren.

“People told me was that the only reason they said that was because Mr. V got one of them in trouble,” said Dawn.

Courtney described both men as creating a comfortable, not uncomfortable, learning environment.

“He and Mr. Walker are a lot a like. They’re friendly. Mr. V is a great teacher,” said Courtney.

Hauldren says Walker would often go beyond his job in the classroom to help truobled youth.

“Those kids need like a fatherly figure, and they need someone to look up to, and mr. walker has done that for a lot of the kids. he’s really helped out a lot of the students that really needed it,” said Hauldren.

The FBI is also assisting with Walker’s case. Devane says federal investigators were called in when the student was taken across state lines.

Devane says additional charges are likely to come within the next few days, against both men.

Taylor County Superintendent of Schools, Wayne Smith, says Walker handed in a letter of resignation last week. According to a source with the Taylor County Sheriff’s Office, Van Buren has not resigned, and will have a termination hearing with the school board.