A former Orange County teacher and girls’ softball coach has been charged with sexually assaulting a female relative after the man’s own brother reported him to police for allegedly possessing child pornography. 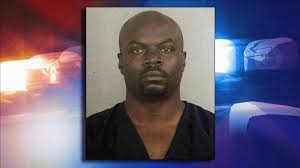 Authorities are searching for additional victims of the suspect, Robert Ornelas, 62, who lives in the unincorporated Santa Ana area.

Ornelas is charged with two felony counts of lewd acts on a child with sentencing enhancement allegations for substantial sexual conduct with a child, according to the Orange County District Attorney’s Office. He was expected to be arraigned Thursday afternoon.

The alleged sexual assaults occurred from 1990 to 1995, beginning when the child was 5 years old, the Orange County Sheriff’s Department said in a news release.

Ornelas was arrested after members of the multi-agency Orange County Child Exploitation Task Force searched his home following a report about possible possession of child pornography.

The Sheriff’s Department said that prior to the search, search team members learned Ornelas had made “incriminating statements” about molesting a young girl in the 1990s. Investigators found information related to the alleged assaults inside the home, the DA’s office said.

They also found “a large quantity of child pornography as well as evidence that suggests there may be several additional victims of Ornelas – some dating as far back as the early 1980s,” the Sheriff’s Department said.

“When I discovered there was some…lewd pictures, I turned him in to the local FBI,” Ross Ornelas said.

“If anybody has a member in their family, a friend, turn them in. Hell with them,” Ross Ornelas said. “They deserve justice.”

“We’re talking boxes of photos, so hundreds of photos, hard copies of the photos,” said sheriff’s Lt. Mike Gavin. “As well as an unknown amount of photos that are digitally stored on the computer.”

Ornelas had access to children as a teacher with the Santa Ana Unified School District from 1992 to 2003 and while coaching a girls’ softball team, according to the District Attornye’s Office. He  may also have worked in or around an unlicensed day care facility throughout the 1980s and possibly into the 1990s, the DA’s office said.

The Santa Ana Unified School District issued a statement on Ornelas, saying its school police department was working with local and federal authorities on the case.

“We are deeply troubled to learn that a former substitute teacher, who last worked in our district in 2003, allegedly engaged in this reprehensible behavior and took advantage of the trust inherent in his profession,” the district stated.