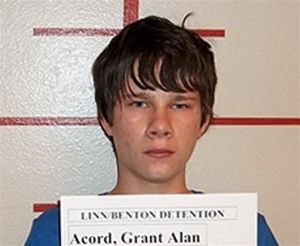 Forty-three-year-old Marine Maj. Mark Thompson is charged with one count of aggravated sexual assault and indecent acts; three counts of conduct unbecoming an officer and other counts. He faces up to 30 years in prison if convicted of the sexual assault charge.

Investigators say the assault occurred after the annual croquet match between the academy and St. John’s College in April 2011. Two female midshipmen say they went to Thompson’s apartment after drinking. One of them reported to Navy investigators that Thompson had assaulted her. The trial comes as the military is trying to deal with the growing epidemic of sexual assaults in its ranks.

This article originally appeared on boston