An assistant high school teacher and coach has been charged with having sexual contact with a teenage boy and giving him HIV.     Mario L. Hunt, 35, of Cahokia, was charged Monday in St. Clair County with criminal sexual assault, aggravated criminal sexual abuse transmission of HIV Officials said say the offenses happened with a 17-year-old boy during the first six months of 2011. 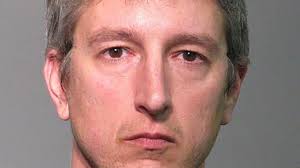 Ryan said Hunt was an assistant track coach and helped train the football and basketball teams. Hunt worked with the district for six years.  Hunt was still in jail Tuesday while police investigated whether he may have molested a second student, The Associated Press reported.