Imagine that you are diligently working at your job when you receive a letter from your employer telling you that you have been suspended due to a criminal record that was found on your employment background check.  That’s sucks, but if you are responsible for caring for children at a school, you kind of know that they take these things seriously. 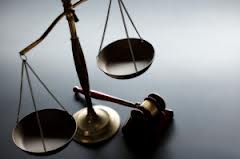 But hold on a minute, you’ve never committed a crime in your life and the records that were reported belong to someone with the same last name.  Well, that can be irritating.  And then, you are forced to prove that those records don’t actually belong to you.  That’s probably where your patience begins to wear thin.

Such is the case with a man named Richard Brown who worked in an Indianapolis-area public school as a part-time caregiver.  Thankfully, he was about to solicit some help from someone at the Department of Child Services who contacted the state’s Department of Motor Vehicles (they looked at his license and realized he couldn’t have committed those crimes by matching his address).

Mr. Brown has since been reinstated but wonders if he will be compensated for the four days he missed due to the suspension.

Oftentimes, we are outraged when schools perform what we would consider to be substandard employee background checks and miss a record they should have found.  After all, the well-being of children is at stake.  In this case, they still did a substandard background check, but instead of missing records, they suspended an employee for convictions that belonged to other people with the name Richard Brown.

How could this particular situation have been avoided? The provider of the data should have taken the necessary steps to confirm these records belonged to this Richard Brown.  They should have verified that the date of birth, or social security number or address matched.  If they couldn’t do that through this criminal database, they should have followed up with a county criminal record check in each jurisdiction where these crimes took place.  These two simple steps alone would have made this a non-issue.  Beyond that, it sounds like Mr. Brown got a run around when he tried to dispute the information found.  At best, this makes for a bad candidate/employee experience.  At worst, the events described could constitute a violation of the Fair Credit Reporting Act by not offering a seamless and timely dispute process. No one wins when these types of background checks are utilized.