OLYMPIA, Wash., April 17, 2013 (GLOBE NEWSWIRE) — Lawmakers and child advocates are gathering at the Washington State capitol today to witness Governor Jay Inslee sign Senate Bill 5563 into law. The new law, which was passed unanimously by both the House and the Senate, requires that new teachers receive training on how to recognize and prevent commercial sexual abuse and exploitation of minors. 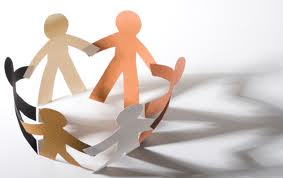 Senator Jeanne Kohl-Welles, D-Seattle, sponsored the bill. “As we know that children who are sexually abused early on are more likely to be victimized later on, it makes sense that early identification and intervention can make a significant difference,” Kohl-Welles said. “School personnel can play a key role in identifying children who are in trouble and need help.”

Seattle-based nonprofit Committee for Children, which develops research-based personal safety curricula, has supported the bill since its inception. Executive Director Joan Cole Duffell testified to the House on the bill’s behalf. “Committee for Children was founded over 30 years ago based on the discovery that children who are sexually abused are at greater risk of being victims of trafficking and other abuse later on,” says Duffell. “We’ve been working ever since to give children and adults the necessary tools to recognize and stop abuse. That’s why this law is so important to us.”

Under the new law, issues of commercial sexual abuse and exploitation of minors will be added to existing training of applicants for teacher certification. The Washington Coalition of Sexual Assault Programs, with input from Committee for Children and other Washington experts, will update existing educational materials available across the state. These updates will inform parents and other community members about how to prevent children from being sexually abused or recruited into sex trafficking, and train school employees in reporting obligations for student physical abuse or sexual victimization during their orientation training and then every three years thereafter.

This article originally appeared on online.wsj