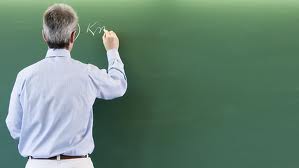 Geoffrey Langer, of Farley Lane, Stonesfield, denies committing the offences in the early 1980s against a man now in his 40s.

The 64-year-old was working as a science teacher at the Marlborough School, Woodstock, when he is alleged to have indecently assaulted the male victim.

Gary Pons, prosecuting at Oxford Crown Court, told the jury that crucial information changed in his account between his police interview last year and giving evidence on Thursday.

Summing up the prosecution case for the jury yesterday he said: “Why is it that you have two such different accounts in his interview with the police and what he has told you?

“They are not simply mistakes, are they? Because every change seems to make things better for him.”

But defence barrister Tony McGeorge said: “He did provide, to the best of his ability, in a state of stress and confusion, the best interviews he could at the time.”

This article originally appeared on oxfordmail