Bauchi State Governor, Isa Yuguda, has explained the rationale behind the recent decision of the government to screen teachers in the state, saying that it is in the best interest of education at the foundation level. He said there is no going back on the decision. 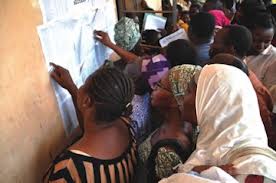 The governor, who could not conceal his displeasure over the controversy that greeted the move, said, “we are ready to make positive change in the education sector, particularly at the foundation level, we will ensure that only qualified people are employed as teachers, no going back on the screening exercise.”

According to him: “I don’t know why they are fighting over the screening exercise, if one is sure that he or she is qualified to be a teacher, then he or she should be ready to prove it.

What we said is that all teachers in the employ of the state government should bring original copies of their papers to prove that they are qualified to be teachers in our primary schools.”

Yuguda explained that the exercise was not aimed at witch-hunting anyone, but to ensure that, “our children get the best foundation for their education, in order to have a brighter future.

You will be surprised that there are some of the teachers who do not know what they are to teach the pupils, a development that is a threat to their educational future.”

He also said the state is not the only one conducting the exercise, saying that it is a national issue as embedded in the new education policy of the country, which stated that all unqualified teachers would be phased out from the teaching profession to standardise the system as is the case in other parts of the world.

While regretting the declining standard of primary education in the state due to unqualified teachers, he vowed to reverse the trend for the benefit of the public, whose money is used to pay teachers’ salaries.