The East Delhi Municipal Corporation (EDMC) has lodged a complaint against 39 applicants who had applied for a job of a primary teacher on contract basis in the civic body. The candidates had submitted forged certificates.

On Thursday, the Assistant Commissioner of Education department lodged the complaint at the Madhu Vihar Police Station alleging that during finalisation of the first list of the selected candidates for the post of teachers, Central Teachers Eligibility Test (CTET) certificates of 39 candidates appeared to be bogus/fake. 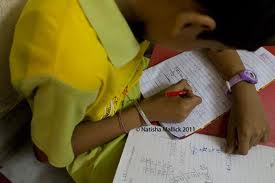 The civic body in its complaint said that the education department had invited applications from eligible candidates for the post of primary teachers under the scheme of ‘Sarv Shiksha Abhiyan’. In response, the department received thousands of applications. “List of the selected candidates along with their respective documents was sent to the CBSE for verification. However, the certificates were declared either fake or forged,” the complaint said.

A senior official of the EDMC said that the corporation had sent all the documents submitted by the candidates for verification to the CBSE, who conducts the CTET exams. The corporation has received verification report in which it has been found that till now, the certificates submitted by the 39 candidates are fake. “CBSE in its report said that documents of a candidate did not match with the record of the same or the particulars submitted were not found in its record,” an official said. The civic body urged the police to take appropriate action against the people.

Director, Press & Information, Yogender Singh Mann said that the EDMC had invited applications from eligible candidates for primary teacher on contract basis for 681 posts, for which the corporation received 7,800 applications. “The corporation had prepared a merit list of 1,500 candidates from which 681 would be selected for the job. Certificates of the all the 1,500 candidates were sent to CBSE for verification. CTET certificates submitted by the 39 candidates were found fake by the CBSE,” Mann added.

An officer of the EDMC said that the corporation may cross check the certificates of the teachers recruited in the recent years on contract or permanent basis. “The Corporation would ensure that academically sound persons (teachers) only impart education to the children in municipal schools,” he added.

Meanwhile, the civic body would be finalising the list of 681 teachers from the remaining applications.