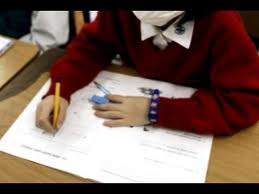 Police said a BCA first year student of a private college in Jehangirabad had in her complaint accused the scout and guide teacher of Model higher secondary school whom she knew while she was in the school of posting indecent post on her social media account.

The complainant said that she lost contact with accused, R D Verma after she passing out from the school. However, the victim sometime back again came in contact with her on the social media website. Being an acquaintance as a former teacher she added him as a friend on her Facebook account.

Police said the girl had complained that the accused was accessing her Facebook account and she came to know about it when he had posted some indecent comments on the pictures of her friends that she had uploaded a few days back.

The girl took it seriously and told her parents about it. She later approached the TT Nagar police and got case registered against Verma under sections of criminal intimidation and IT act against the accused.

The police said Verma, a resident of Board Colony in Ravishankar Nagar has been arrested after the complaint.