Teachers, all public and private school employees and workers at licensed early education centers would be required to undergo background checks with fingerprints matched against a federal database, under legislation approved by lawmakers this week. 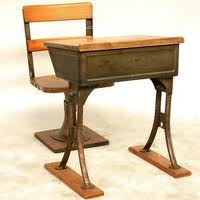 If signed into law, Massachusetts would become the last state in the nation to require school and early education employees to undergo federal background checks. Currently, teachers and day care providers are only required to be checked against the state’s Criminal Offender Record Information (CORI).

“We want to be sure we know as much as possible about people who will be coming in contact with children,” she said.

Wakefield resident John Burbine, a Level 1 sex offender, was recently arrested and accused of raping and sexually abusing 13 small children in what Middlesex District Attorney Gerard Leone said was “among the worst cases of child abuse ever prosecuted” by his office.

“We want to make sure Massachusetts does all that it can to ensure that no one is working in either a public school or a day care center or pre-school who presents any kind of risk to the safety of children,” Peisch said.

The legislation requires public and private schools to obtain national fingerprint-based background checks of current and prospective employees who “may have direct and unmonitored contact with children,” according to a summary of the bill. Conducting background checks for all current employees will be phased in beginning Sept. 1, 2013, and must be completed within three years by Sept. 1, 2016.

Paul Toner, the president of the Massachusetts Teachers’ Association, did not respond to repeated requests for comment.

The bill also requires the Department of Early Education and Care to conduct fingerprint checks before issuing a license to any family, center-based child care or after-school program. All individuals who have the “potential for unsupervised contact” with children will be subject to the requirement, according to the bill summary.

Employees’ fingerprints will be submitted to State Police and forwarded to the FBI for a national criminal history check. The Department of Criminal Justice Information Services (DCJIS) may hold the fingerprints so if an individual goes to work for another child care center or school district they do not need to be checked again. Employers can obtain the checks from DCJIS.

Employees and prospective employees would be required to pay background check processing fee. For early educators and school employees who are not licensed for their positions, such as paraprofessionals, the fee will be capped at $35, while school employees licensed by the Department of Elementary and Secondary Education will pay $55.