A recent audit in Kogi State revealed that the government had been paying money to maintain over 800 schools that do not exist.

The same audit uncovered over 3,000 non-existent “teachers” on the government’s payroll. In Kebbi State a similar exercise uncovered names of 9,258 non-existent workers on the payroll of local government councils. These cases, though common in the nation’s school system, are just the tip of the iceberg of a practice that permeates all levels of the civil service in the local, state and federal governments. 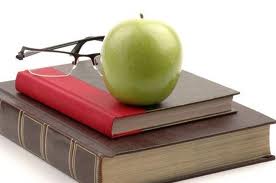 But to put the “ghost worker” label on this practice is to give a veer of respectability it does not deserve. This is a case of large-scale fraud in the governments’ payroll systems. It is also a major cause of the ballooning recurrent expenditure by government, and the resulting limits it places on the availability of funds for capital projects.

While ghosts get paid, people who toiled all their life working for the nation die daily while waiting in endless queues to collect their pension dues.

Government salaries are usually not paid in cash. In order to draw salary as a “ghost worker’, an individual would need to open a bank account. Such individuals with bank accounts into which unearned salary is paid may be few, and tend to be those who have been transferred and their salaries are still paid in their former locations; those who have been promoted but draw salary at two points; those who are retired or dead but their wages continue to be paid into accounts accessible to others, and names that are inserted by clerical officers, sometimes with the knowledge and connivance of their superiors. In Kebbi State, the 9,258 names on the payroll would have earned over 160 million monthly at minimum wage rate; it is ludicrous that someone would open over 9,000 bank accounts in order to collect their emoluments. It is likelier that the money was being siphoned into one or two bank accounts in bulk lodgements. Any government willing to deal with fraud will not find it difficult tracing the fraudulent accounts and go after those behind them, unless of course the arrangements have the backing of higher ups.

The issue of fake schools is symptomatic of the total rot in the entire system, and suggests that checks and balances have failed. Each tier of government has professional cadres whose job it is to inspect schools regularly. These seem to have been either compromised or are not given the funding and priority they need to do their job. ‘Discovering’ fake teachers and ghost schools is not enough; unmasking and prosecuting the government officials behind them would benefit the government and the society more. It would also deter others.

To tackle this problem, auditors general, various public accounts committees of the legislatures and responsible labour unions must come together to ensure that all involved are named, shamed and punished. Newspapers are regularly filled with advertisements detailing government expenditures in the name of rendering account to the people, and to reassure the public that the treasury is being properly run. If that were the case, anti-graft and other law enforcement agencies would not later be prosecuting the same public officials for monumental frauds. Integrity must be restored to the public accounts system by holding auditors accountable for loopholes exploited to defraud the treasury.

The Constitution makes it clear that Public Accounts Committees, which must be headed by a member of the opposition party, should serve as watchdog over government expenditure. These Committees must be given the wherewithal to do their job. The Nigerian Labour Congress (NLC) should co-operate in stamping out the recurring phenomenon of fraudulently inflated payroll systems. Labour unions will be at a disadvantage in negotiations on the total cost of implementing minimum wage if the true numbers of workers involved is a subject only of conjectures.

This article originally appeared on allafrica