It was a brazen and surprisingly long-lived scheme, authorities said, to help aspiring public school teachers cheat on the tests they must pass to prove they are qualified to lead their classrooms.

For 15 years, teachers in three Southern states paid Clarence Mumford Sr. — himself a longtime educator — to send someone else to take the tests in their place, authorities said. Each time, Mumford received a fee of between $1,500 and $3,000 to send one of his test ringers with fake identification to the Praxis exam. In return, his customers got a passing grade and began their careers as cheaters, according to federal prosecutors in Memphis. 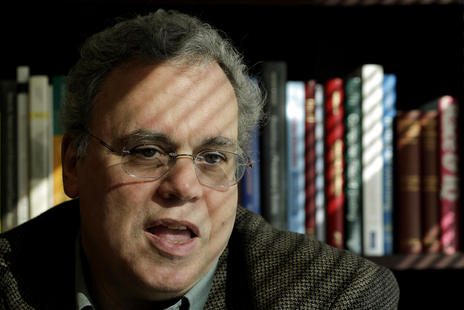 Authorities say the scheme affected hundreds — if not thousands — of public school students who ended up being taught by unqualified instructors.

Mumford faces more than 60 fraud and conspiracy charges that claim he created fake driver’s licenses with the information of a teacher or an aspiring teacher and attached the photograph of a test-taker. Prospective teachers are accused of giving Mumford their Social Security numbers for him to make the fake identities.

The hired-test takers went to testing centers, showed the proctor the fake license, and passed the certification exam, prosecutors say. Then, the aspiring teacher used the test score to secure a job with a public school district, the indictment alleges. Fourteen people have been charged with mail and Social Security fraud, and four people have pleaded guilty to charges associated with the scheme.

Mumford “obtained tens of thousands of dollars” during the alleged conspiracy, which prosecutors say lasted from 1995 to 2010 in Arkansas, Mississippi and Tennessee.

Among those charged is former University of Tennessee and NFL wide receiver Cedrick Wilson, who is accused of employing a test-taker for a Praxis physical education exam. He was charged in late October with four counts of Social Security and mail fraud. He has pleaded not guilty and is out of jail on a $10,000 bond. He has been suspended by the Memphis City Schools system.

Lawyers for Mumford and Wilson did not return calls for comment.

Prosecutors and standardized test experts say students were hurt the most by the scheme because they were being taught by unqualified teachers. It also sheds some light on the nature of cheating and the lengths people go to in order to get ahead.

As technology keeps advancing, there are more and more ways to cheat on tests of this kind,” said Neal Kingston, director of the Center for Educational Testing and Evaluation at the University of Kansas. “There’s a never-ending war between those who try to maintain standards and those who are looking out for their own interests.”