No Random Drug Tests for Teachers

Tenn.- After a teacher’s arrest on drug charges, residents are asking just how closely thousands of area teachers are monitored by their school district.

Police arrested Wesley Adam Hayes, 30 for the manufacture of methamphetamine in his Medina home, Wednesday. Officials said Hayes, who was an assistant football coach and history teacher at South Side High School has been suspended without pay, pending the outcome of the investigation. 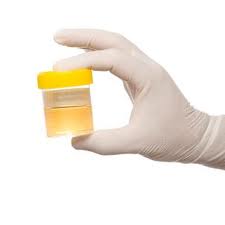 “It’s very sad that the people that we are putting over our children are turning out to be some of the worst people around,” said resident Pat Kates.

Many employers in the government and the private sector require random drug tests, but officials said that is not the case when it comes to employment in education.

Jackson-Madison County School Superintendent Buddy White told 7 Eyewitness News that every employee is required to pass a mandatory pre-employment drug test. After the first initial test is passed, White said an employee can only be screened if their behavior becomes suspicious. White said in Hayes’ case, there were no reported suspicions, which is rare.

“This is the first case that I’ve dealt with with where we had someone arrested for these kinds of charges,” said Supt. White, “There’s not any kind of pattern of this in the school district. We haven’t had a large number of issues where this sort of thing is concerned.”

White said each supervisor undergoes drug training to learn what warning signs they can watch for. If there are suspicions, officials begin an internal investigation and order a drug screening. Parents said they believe random drug tests are important to make sure teachers stay clean.

School board officials said that random drug testing for teachers, is not allowed under their the school district’s policy. According to the Tennessee School Board Association, there are no districts in Tennessee that randomly allow teacher drug testing after employees are first hired. Residents said they believe once is not enough.

“I think they need to be tested at least once a year,” said resident Johnny Stout.

School board officials said the only random drug tests performed are those on the employees who drive system-owned vehicles. After measuring the amount of time each teacher spends with a child, residents said that is not fair.

“Why should they be more strict with bus drivers then they are with the teachers? I’m hearing a lot of teachers involved in this lately so I think we need to focus more concern about the teachers that’s with them 6-8 hours a day,” said Kates.

White said the random drug testing of teachers is commonly seen as unconstitutional, based on unreasonable search grounds. Parents said trusting in this system alone will be tough.

“You know your putting your trust in the teachers and everybody in that staff to take care of your child,” said Bumpas.

Jackson-Madison County School Board members told 7 Eyewitness News that they are open to discussing stricter drug policies for the future.